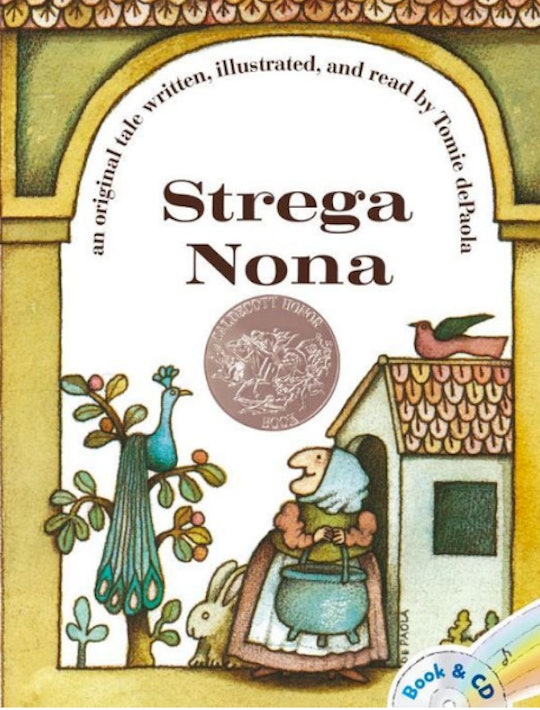 The One Thing You Never Knew About 'Strega Nona'

Some children's books stand the test of time, and Strega Nona is one of those stories. Chances are you enjoyed the book as a child, and you've likely shared it with your own kids: it might even be one of those stories you can recite from memory. But there's one thing you probably never knew about Strega Nona, and it will make you think about this classic story in a new light.

Strega Nona by Tomie dePaola, first published in 1975, tells the story of a grandmotherly witch who uses her magic to help others in her home in Calabria. When she leaves her assistant, Big Anthony, in charge of her home for a bit, he can't resist meddling with her magical pasta pot. I won't spoil the ending, but it's safe to say Big Anthony gets to carb-load as thanks for tampering with Nona's cookware.

The story is a charming adaptation of a classic Italian folk tale, right? Well, not exactly. According to his website, Tomie dePaula admits that many readers think this story is based on Italian folk lore, but Nona is a totally original creation. She does have some roots in Italian culture, but as dePaula further explained on his website, the character came about as a variation of the commedia dell'arte character Punchinello. (Although the Punchinello character is generally a buffoonish character, whereas Strega Nona is wise.) But her other features, such as her never-ending pasta pot, for instance, are purely elements of dePaula's imagination.

So why does it feel like such a folk tale? Although this is not a conspiracy on the level of Berenstain Bears, some publishing tricks might be playing with your memory. Earlier copies of the story were billed as "an old tale retold and illustrated by Tomie dePaola," whereas newer versions are captioned "an original tale written and illustrated by Tomie dePaola." So in other words, the earlier versions of the book embraced a bit of fiction about the story's origin. (It's OK, dePaola: your readers forgive you). However the story came into being, generations of children have enjoyed getting to know Strega Nona and her sense of justice.