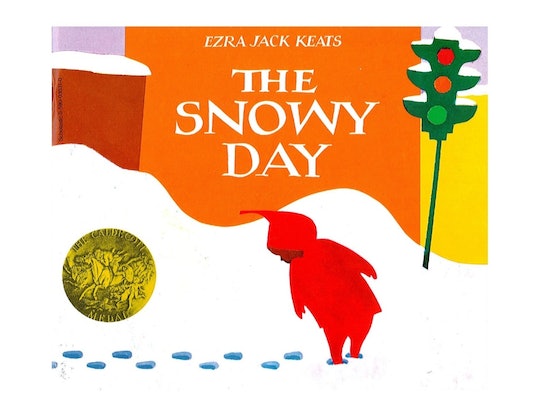 The One Thing You Never Knew About 'The Snowy Day'

There's nothing quite like the magic of the first snowfall. When the snowflakes start to fall, it washes a sense of beautiful possibility over the world, and The Snow Day was the perfect childhood representation of that. But there's one thing you never knew about The Snowy Day.

While children bundled up in their winter gear for the first snow wasn't an odd sight for anyone, Peter, the protagonist of The Snowy Day provided something most children in 1960s America had never seen before: an African American child who was the central character, and hero, of his own book.

Author Ezra Jack Keats began his career as an illustrator in the '50s after returning home to New York after World War II. Commissioned to illustrate children's books, he began solely illustrating books for other authors. But as he illustrated, he began to notice that the diversity available in children's books at the time was practically nonexistent.

“None of the manuscripts I’d been illustrating featured any black kids, except for token blacks in the background," Keats wrote in an unpublished autobiography, portions of which have been published in books and articles that mention The Snowy Day, including What to Read When by Pam Allyn. My book would have him there simply because he should have been there all along."

In 2012, to celebrate the book's 50th Anniversary, Viking issued a special edition that included eight pages of supplemental material, including the magazine photos of the little boy who inspired Keats to illustrate Peter, and a fan letter from poet Langston Hughes.

The Snowy Day has had an impact beyond what most children's books do. Writer and National Book Award winner Sherman Alexie cites seeing a child of color as the protagonist in the book changed his life. He even thanked Keats in his 2007 acceptance speech. The book was immediately embraced by the public, and won the Caldecott Medal in 1963.

To this day, the book graces the shelves of schools, public libraries, and children's collections. Because the book is more than a groundbreaking moment of racial representation — it is a beautiful story about the magic of the world, seen through the eyes of a child.