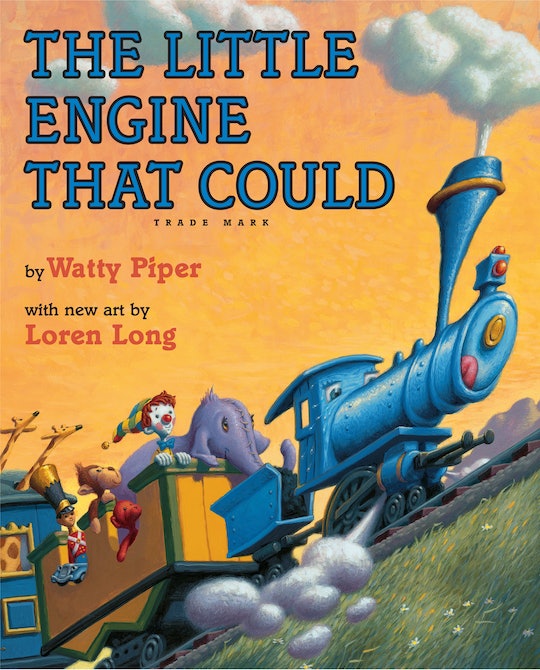 Though there has been some controversy over whether or not the the little engine you've all come to know and love was a female in the tale's origins, in the published book by Watty Piper, the little blue engine is, in fact, a female engine. In an interview with NPR, paleontology professor Roy Plotnick confirmed that the blue engine was not only a girl, but an early feminist hero.

Yes, you read that right. In the book, the rest of the engines who decline to help the train stuck on the other side of the mountain, are portrayed as males. While the gender of the trains may not mean much to children as they read, to adults, it definitely stands out. Especially considering the book was published in 1930.

In the story, three trains, all male, refuse to help the train in need. They all have their own excuses, from not being willing to carry the likes of the dolls and stuffed animals that the train in need is carrying, to being too tired, too busy, or too important to lend a hand. The littlest of the engines, your little engine that could and did — after a bit of needling, and plenty of self-degradation, agrees to take the job. As an adult, you could read this and see feminist allegory hidden throughout the children's book.

Regardless of whether you're reading The Little Engine That Could for a feminist boost or not — the tale of a small fry engine who saves the day, and issues herself self-affirmations along the way is a classic, uplifting tale for kids of all ages.