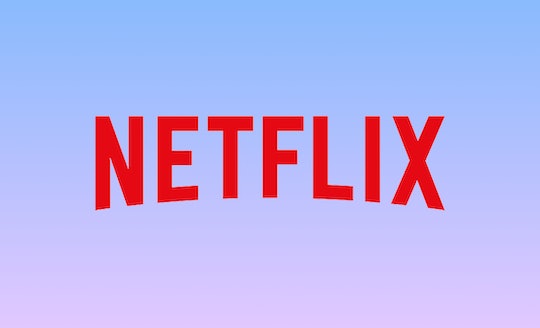 A Beloved Broadway Classic Is Coming To Netflix In May

It's been a minute since a sumptuous musical has made its way to the big screen (literally a minute; The Greatest Showman isn't even cold yet), but that's 60 seconds too long for many musical fans. Instead of waiting around for Hollywood to deliver another big budget spectacular, you can turn to your favorite streaming platform for a nostalgic choice that satisfies those showtune cravings. Romper can exclusively reveal that The Phantom of the Opera is coming to Netflix on May 14, so in just a few short weeks you'll be able to belt those classic songs from the comfort of your living room while pretending you're Christine. That's the only way to watch a musical, am I right?

The 2004 adaptation of the Andrew Lloyd Webber musical received mixed reviews upon its release; Rotten Tomatoes gave it a critical rating of just 33 percent, though the audience score jumped all the way up to 84 percent, proving it was a hit among fans. But that's the great thing about movies — they don't have to subscribe to some quality checklist to be totally enjoyable. Sometimes you just want to sing along or admire Emmy Rossum's hair while she wears a variety of gowns — and come May, you'll get your chance to do just that.

Directed by Joel Schumacher (who also brought audiences such gems as St. Elmo's Fire and The Lost Boys), The Phantom of the Opera helped bring Rossum to stardom as ingenue Christine. Patrick Wilson starred alongside her as love interest Raoul, with Gerard Butler taking on the titular phantom. The supporting cast was impressive as well, with Miranda Richardson and Minnie Driver delivering memorable performances.

The film was a long time coming. Though Webber's musical debuted in 1986 and a cinematic version was initially announced in 1989, it took over a decade for the project to come to fruition. Schumacher told Entertainment Weekly in 2004 that Webber wanted to work with him after seeing The Lost Boys, but that difficulties both professional and personal got in the way of production. Webber separated from his partner Sarah Brightman (who had been cast as Christine) and Schumacher was tied up in other movies, so Phantom went on the backburner.

Thankfully, the production ended up coming to fruition in the end after all and many members of the cast received rave reviews for their performances. In particular, Rossum's voice was praised by Newsweek, who referred to her as "a heart-stopping presence," which is a pretty accurate description. Rossum's Christine was just as doe-eyed and innocent as you'd expect her to be — and with a voice like that, it's no wonder the Phantom (played by Gerard Butler) was so drawn to her. And while Butler may have been a surprise choice to play the mysterious Phantom, he did incorporate a certain level of charm that was impossible to ignore.

So if you love the classic songs and your bank account won't allow you to go to the theater anytime soon, don't worry! There's now a viable option that'll let you stream the film iteration until your heart's content. After all, is there really such a thing as watching The Phantom of the Opera too many times?

Knowing that it's coming to Netflix in May means you'll get the chance to revisit the various songs (and maybe even sing along?). And for those out there who have never seen it before, now's your chance to find out how you feel. A new favorite might be awaiting you.