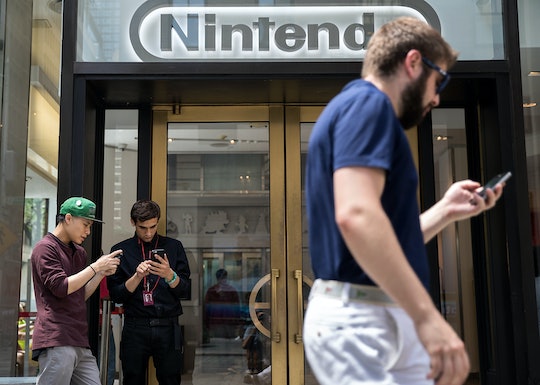 The Pokemon Go Scam Everyone Should Know About

Pokemon Go may be inspiring nostalgia and joy in many of its players, but some people are excited about it for a different reason—they're looking to illegally cash in on its massive popularity. On Tuesday, many users received emails telling them they needed to upgrade to a paid account. But the upgrade isn't real. It's just a Pokemon Go scam that everyone should know about. Don't worry, Pokeheads, your habit is still totally free (unless, of course, you want to pay for extra-special features).

Scammers wrote to users telling them that they needed to pay $12.99 a month to continue using the app. According to Variety, the email said, "We regret to inform you that due to the overwhelming response to our new Pokémon Go app and the need for more powerful servers we can no longer afford to keep your account as free.” The scammers threatened that accounts would be frozen if the upgrade was not completed within 24 hours. But the domain was not associated with Nintendo or Niantic Labs, the company behind the game, and if users clicked through, they were taken to a third party server that asked them to "authenticate" in order to steal their personal information from them.

Some people and outlets, including Deadline, fell for it. But others figured it out pretty quickly, hopefully preventing the scammers from making too much of a profit off of their scheme.

The app has quickly dominated conversation, caused Nintendo's shares to skyrocket, turned millennials everywhere into very fit zombies, and even made its way into Holocaust museums (please, people, have some decency).

And the popular game has proved to have some unexpected drawbacks, even besides this latest scam. Armed robbers have used it to lure targets into parks at night. A girl playing it stumbled upon a dead body while trying to catch a Pokemon in a place she otherwise probably wouldn't have gone. And, oh yeah, it might just be a massive government conspiracy to collect all your information, leading to the rise of Big Brother. (This one is debatable, although, as Gawker points out, the app's privacy policy seems "a bit more liberal than most," as it takes full access to your camera and your location to be able to play the game.)

Still, despite some of the drawbacks, loyal fans don't seem deterred in their quest to capture the cute little characters popping up all over the place. Scams or no scams, they are going to catch them all.