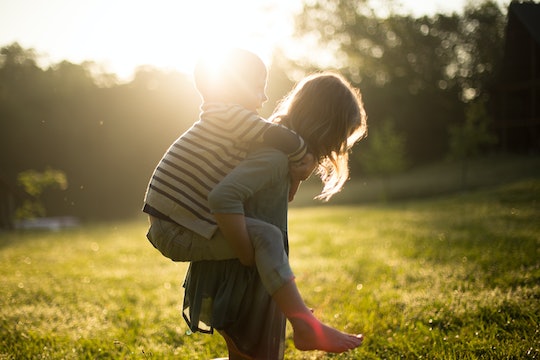 Rate Of Uninsured Kids Would Skyrocket Under Trumpcare

The American Health Care Act, or Trumpcare, is well on its way to reaching Senate floor and could be voted on in a matter of weeks. The bill, which would effectively roll back Obamacare, is messy, affecting millions of people living in the United States who need it the most. As the vote in Senate draws closer, there is so much about the AHCA that people are still learning about, and a new study has found that the rate of uninsured kids would skyrocket under Trumpcare. This only proves how vital knowledge about Trumpcare is — and how important it is for the bill to not be passed.

A new study conducted by the Center on Budget and Policy Priorities found that by the year 2026, the rate of uninsured children would increase by 50 percent and around 3 million children would lose coverage altogether. This does not need to happen — but it could quite possibly be reality. The CBPP found that this loss of insurance for children would stem from the cuts to federal Medicaid funding for children and the "slashing" of tax credits to help those moderate-income families afford coverage in the healthcare market.

To put this significantly increased rate of uninsured children into some perspective, according to the CBPP, 8 percent of children are currently uninsured.

Medicaid, which would face a reported $834 billion in cuts, is vital for children, and significant cuts to the program could have a major impact on their lives. According to The Atlantic, children account for half of the entire Medicaid population and are the largest eligibility group in the program. Children can be hit indirectly by these Medicaid cuts, too; A child's insurance coverage could also be lost if they rely on their parents for insurance and their parents are on Medicaid.

Trumpcare could also cause children with disabilities to lose their insurance by reinstating lifetime limits and denying them for having pre-existing conditions. This significant loss of insurance for children could cost families hundreds or even thousands of dollars in out of pocket costs and place a significant burden on them.

This new study could not come at a more significant time. Senate leaders are currently trying to push the bill to a vote reportedly before Senate leaves for recess on July 4.

With the deadline looming so close, there has never been a more important time to call your senators and let them know how the AHCA will potentially have an effect on both you and your child. Republicans can only lose support from two of their 52 senators, which is not a lot — and is exactly why your voice matters.

It's a fact — the AHCA will place a significant strain on families and will significantly impact the rate of insured children. And whether you have kids or not, that's a terrible thing, full stop.