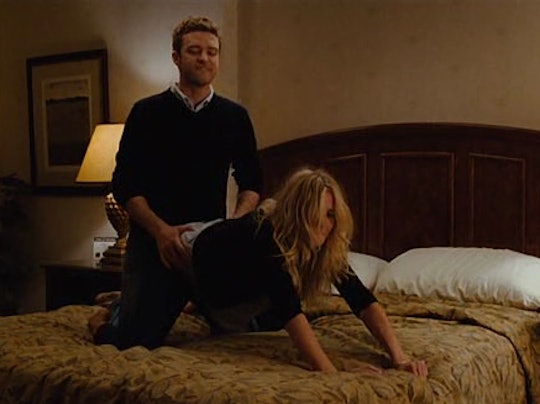 The Reason Doggy Style Sex Is More Feminist Than You Think

In the (hypothetical) hierarchy of feminist sex positions, I imagine that doggy style is pretty far down most people’s list. However, things aren't always that simple and doggy style is more feminist than you might initially think. To start us thinking about this issue, I want to begin by referring to an episode of the RISK! podcast in which Mollena Williams describes a BDSM scene where one partner is feeding another. She asks the listener to consider who is the dominant and who is the submissive — is the person being fed? Or are they being taken care of and dominated? There’s no right answer, because different acts have different meanings in different contexts.

Taken in this light, a sex position like doggy style, which may on its face not seem very feminist, can actually much more feminist than it first appears. In this piece, I will be talking about doggy style sex between a cisgender man and a cisgender woman, where the man is the penetrating party. The stereotype of doggy style sex is that it’s degrading, because it involves no eye contact and makes it easy for a man to objectify and dehumanize his female partner from this position.

Outside of the degradation context, for many women with vaginas, sex in the doggy style position can be incredibly pleasurable. Being entered from behind that way often leads to intense G-spot stimulation, and it leaves the clitoris exposed for the woman to stimulate themselves to facilitate orgasm. It also gives the penetrated partner control over depth and speed of thrusting, if they want.

Furthermore, in my case, making eye contact with my partner during sex is actually incredibly triggering for me. So I enjoy positions that make it easy to avoid that eye contact, particularly because I often feel bad about not wanting to look at them. And, for me, prioritizing my own emotional well-being during sex is feminist AF. That means positions like doggy style, spooning, or the tight squeeze.

Ultimately, what makes sex feminist is when a woman or non-binary person seeks out and centers their own pleasure. And if someone enjoys doggy style, then them engaging in that kind of sex is inherently feminist. As long as the position is one that they like and enthusiastically engage in, then there’s nothing degrading about it (unless, of course, they want there to be.)