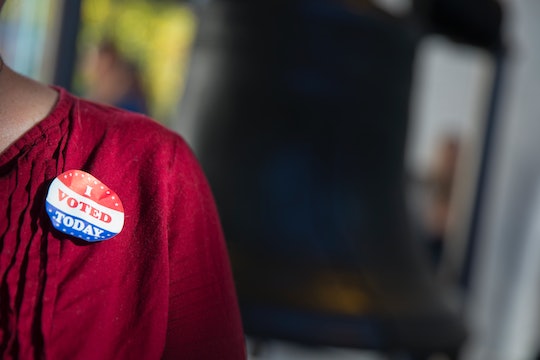 The beauty of being a citizen of the United States is having the freedom to vote once you turn 18 years old. When you come of age, you are able to cast a ballot in your local, state, and national elections and therefore have the opportunity to determine which politician best represents you and your voice. Sure, not everyone sees it this way, and that is OK. But the reason many millennials would give up their right to vote is definitely eye-opening and somehow people fail to see that the two go hand-in-hand.

A new survey, conducted by Credible, has produced some interesting results. The survey found, according to Fox Business, that 50 percent of all respondents ages 18-34 (also known as millennials) would give up their right to vote in the next two presidential elections (and choose who the commander-in-chief is for the next eight years) in order to never make a student loan payment again. Yes, you read that right. Millennials would rather spend eight years without the right to have a say as to who sits in the Oval Office than have to pay off their student debt.

As a millennial who is currently paying student loans (and will be doing so for a while), I can definitely see how this decision sounds so appealing. The less money I put towards student loans each month means more money put towards my future (I'm banking on an early retirement). But this isn't a gamble that people should be so willing to take.

Now, more than ever, is the time where millennials need to have their voices heard and their votes counted. And during a time where student loan debt depends on policymakers, choosing who goes into office has never been more important — especially since millennials have surpassed baby boomers to become the largest living generation.

During the 2016 presidential election, according to Bloomberg, 55 percent of millennials voted for Democratic candidate Hillary Clinton compared to the 30 percent who voted for Republican, now President Donald Trump — not necessarily making it a runaway vote. Although voter turnout among millennials was consistent with the 2012 presidential election, according to the Brookings Institute, millennial voters weren't exactly excited about their candidate of choice. Needless to say, this election wasn't the favorite of many millennials, which could attribute their willingness to give up their right to vote.

Student loan debt, on the other hand, is a major issue concerning millennials. Student loans are now the second highest consumer debt category, according to Forbes, with more than 44 million borrowers in the United States borrowing a combined total of $1.3 trillion in student loans. It can take these people years to pay off their loans, depending on how much money they make once they leave college, and how much interest they're paying on their loans. While more than two-thirds of millennial women are currently dominating the job market, according to Inc., paying off student loan debt is particularly hard, especially since the millennial unemployment rate in 2016 was nearly three times the national average, according to Forbes.

Paying off student loans isn't getting any easier, especially when millennials are working more than one job or extended hours, according to a recent study conducted by the National Center for Education Statistics, just to pay it off. This is another reason why giving up that right to vote could sound so appealing.

But, as previously stated, voting and student loan debt go hand-in-hand. The 2016 presidential election was the first election where student loans became a serious campaign issue, according to HuffPost. During the election, Democrats pushed for debt-free public higher education, according to The Washington Post whereas Republicans pushed for "economic mobility."

While giving up the right to vote for a little while just to be free of debt sounds so appealing, personally I would rather keep my right to vote and have a say in who goes into office. But, it is clear from this survey that giving up that right is a gamble that people are willing to take, and it just might not be the winning hand they're looking for.