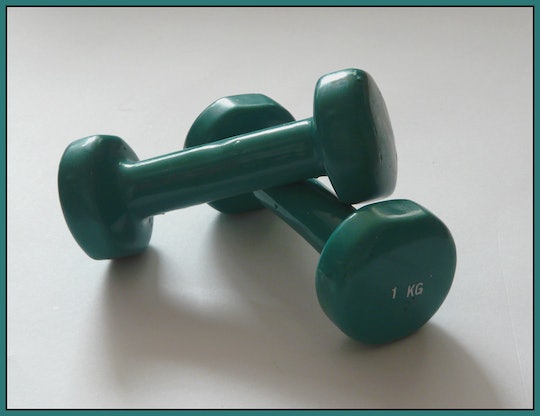 The Reason Your New Year's Resolutions Fail, According To Science

It’s that time of year again. After the excess of cookies and eggnog, the New Year’s resolutions spring up in earnest. In recent years, my resolutions have ranged from doing push-ups every day (nope) to worrying less (again, nope.) Why are these well-meaning approaches to self-improvement so difficult to maintain? It turns out there are scientific reasons behind the success or failure of New Year’s resolutions. And even better news — you aren’t a failure if your resolutions are broken before Groundhog Day. In fact, the odds are somewhat stacked against you if your NYR are over-ambitious stretch goals, which most of them are.

That said, you can also use this scientific understanding of goal-setting to increase your chances of success. Whether you want to quit smoking for good or decrease your daily screen time, there are simple, concrete steps that can help you reach those goals. A big part of this is just being ready for change — which is innately difficult — and not beating yourself up for minor setbacks. As studies show, a huge factor in the success of your resolutions is willpower, which is an often misunderstood component of goal-setting. Here is a quick look at the best way to make your willpower work for you and turn those New Year’s resolutions into realities.

As a report from the American Psychological Association explains, willpower can get stronger through training — almost like a muscle — but it can also get depleted from overuse. According to this report, studies appear to show using willpower on one task (such as trying to avoid eating fresh-baked cookies) leaves you depleted and more willing to cave on the next task. Although factors like mood and beliefs about willpower may also come into play, it appears that consistently demonstrating self-control can leave you with very little willpower to follow through on your goals by the end of the day. So how can you make willpower, a vanishing resource, work in your favor for New Year’s resolutions?

First, break down your big goals into smaller pieces, as an article from Psychology Today suggests. For instance, if your goal is to run a marathon in the new year, you would do well to put together a realistic long-term training plan and maybe recruit a buddy to join you. “Run a marathon” sounds like a major goal, but “run three miles with a friend at 7 a.m. on Saturday” is much easier to take.

Next, follow this advice from The Huffington Post and make your progress toward the goal a habit. If your goal is to get better at photography, shooting a few pictures every morning — before the rest of your family is up to distract you — would be an excellent way to get in more time behind the lens. And over time the habit will be so ingrained, you won’t even have to think about it: you’ll just follow through. (Take that, willpower!)

Lastly, do as The Guardian suggests and try to avoid temptations that might get you off-track. If you’re trying to eat more wholesome food, for instance, try to avoid keeping candies and chips on-hand in your pantry. That way, when you’re jonesing for a midnight snack, only healthy options will be available. By planning ahead, you can outsmart your willpower-depleted self and stick to your New Year’s resolutions.

More Like This
Ginger Zee Had A Perfect Response After A Troll Asked Her "Who's Raising Your Kids?"
It's A Beautiful Day In Jenny Slate’s Neighborhood
This Dog Food Company Is Using Unusual Ingredients To Create Healthier Treats For Your Pup & The Environment
11 Doctor-Recommended C-Section Scar Removal Products