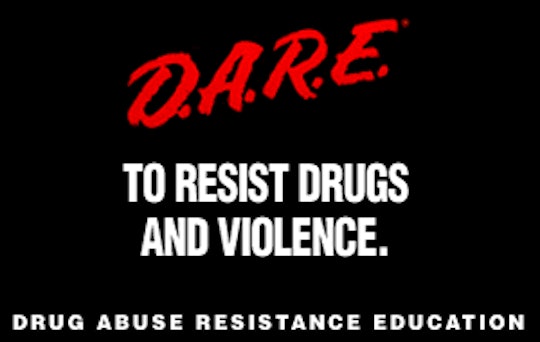 The Rise, Fall, & Rebirth Of D.A.R.E. In Schools Across The Country

Maybe you remember Daren the lion in his tight black T-shirt. Or maybe you have flashbacks of dutifully turning down drug offers from your local police officer, reciting a line from the script you jotted down in your Lisa Frank notebook. If you’re a millennial, you’re probably also a Drug Abuse Resistance Education Program (D.A.R.E.) graduate. The history of D.A.R.E. is a rollercoaster. In the 33 years that D.A.R.E. has taught students to say no to drugs and alcohol, it has risen, fallen, and is now rising again. The program has always had deep roots in law enforcement and education, but it wasn’t until more recently that behavioral scientists were called upon to evaluate its success and reshape the program we all grew up with.

According to its website, D.A.R.E. is a comprehensive education program designed for kindergarten through 12 grade created to address violence, bullying, drugs, internet safety, and other high-risk circumstances that are often part of students' lives. Taught in thousands of schools all over America and in 52 other countries around the world, D.A.R.E. is a series of police officer-led classroom lessons that help arm students again the biggest problems facing our schools and our country.

But how did D.A.R.E. get its start? Where does it fit into the education system in 2016? And is it even working?

How The War On Drugs Spawned D.A.R.E.

D.A.R.E. was founded in 1983 when the war on drugs was in full swing. After a decade of hallucinogens and smoking pot, the public perception of illegal drugs began to change. Crack use was on the rise — by the mid-'80s, 5.8 million people in the U.S. admitted to using it regularly — and gang activity was running rampant, contributing to the 1,011 murders in Los Angeles in 1980 (a 209 percent increase since 1970).

So just three years after First Lady Nancy Reagan started the “Just Say No” anti-drug campaign, police officers and teachers in L.A. founded D.A.R.E., spearheaded by L.A. Police Chief Daryl Gates. The new program was a way for the community to better relate to police and to decrease alcohol, tobacco, and drug use among kids and teens. At the time, the curriculum comprised largely of what you probably remember from your own D.A.R.E. years: police officers lecturing students on how to resist peer pressure through facts about gateway drugs and techniques to turn down dangerous offers. Parents, officers, and teachers widely applauded the program, and by the late 1990s, D.A.R.E. appeared in 75 percent of school districts across America.

The Fall And Rebirth Of D.A.R.E.

While the first reports on the D.A.R.E program found it inspired a decrease in kids’ tobacco use, as researchers began to take a closer look at the numbers, it became apparent that D.A.R.E. wasn’t working. Multiple studies were conducted in the '90s, funded by big names like the Justice Department and the National Institute of Health. Majority of them found virtually no change in drug, alcohol, and tobacco use between kids who had been through the program and those who hadn’t.

That’s where prevention scientists came in. D.A.R.E. America evaluated the effectiveness of prevention programs across the country. In 2008, the organization contacted the keepin’ it REAL program, Penn State’s prevention education curriculum for children. This curriculum aims to stay relevant and change dialogue and role playing based on the environment in which kids are raised. A grade schooler in an inner city will see a different curriculum than one in a rural area. “It’s narrative-based and created around experience and stories,” Michelle Miller-Day, a Chapman University professor of communication studies and health and strategic communication, who helped develop the new curriculum along with Michael Hecht, PhD, says in an interview with Romper. “It’s culturally grounded from a youth perspective that focuses on real life social context and situations.”

The revamped curriculum teaches kids of all ages. The new elementary program is typically for fifth and sixth graders, the middle school version for sixth through ninth graders, and the high-school curricula is currently in the rewriting process —the first part of it launched in July. Today’s D.A.R.E. topics range from anti-bullying, guns, and internet safety, to preventative drug use and positive role modeling. Mike Lien, D.A.R.E. America Director of Regional and International Operations and Region 4, tells Romper:

That linkage of the law enforcement officer in the community with the youth in their community of the school not only provides a role model for the kids, but at the same time is developing that officer, too.

In an effort to stay culturally and technologically relevant, D.A.R.E. launched a mobile app this summer that uses augmented reality much like Pokémon Go. “We’re like the McDonald’s of prevention education,” says Lien, who’s also a retired police chief. “We’re the first, we’re the biggest, we’re the best, and we’re the longest standing.”

"Why are we as a nation wagging our finger at something they're giving the schools for free?” she says. “It's information. And it may not help everyone, but if it helps even one kid, who are we to push that away?"

Although the new program reaches between 1.5 and 2 million kids each year, some parents want to see it reach farther. Kathleen Stafford, an active member of the Petaluma Parents Against Drugs organization, lives in what she describes as a “split household.” She’s a mother of three who saw her 20 year old go through D.A.R.E., but witnessed the program’s disappearance before her now 17-year-old twins had a chance to graduate from it. When Stafford began to notice a shift in youth culture’s approach to drug use, she became alarmed. "We started seeing things going on in our households,” she says. “All of a sudden, this is not beer and pot anymore. This is a mass of pills. Are we teaching our kids about this?” 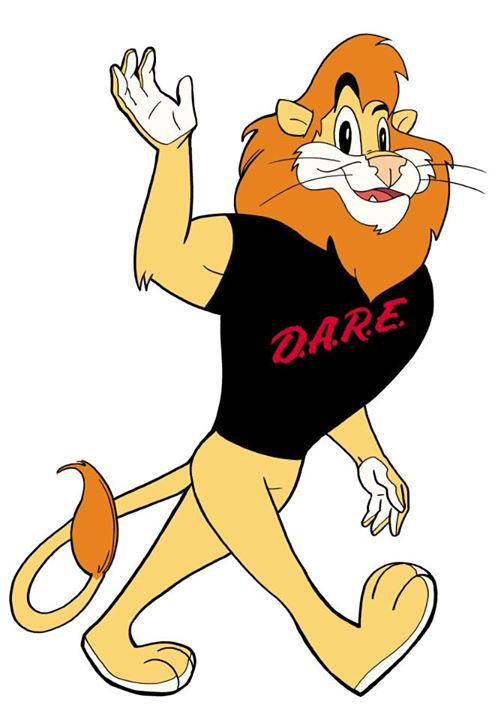 Yet the reason only three schools in the community of Petaluma, California, feature D.A.R.E. comes down to budgeting and training. Training for today’s D.A.R.E. curriculum is not taken lightly. Officers are required to undergo 80 hours of training. “They get a crash-course in being in the classroom with kids,” says Miller-Day.

Although the prevention program doesn't charge officers to become D.A.R.E.-certified, when the county is already short-staffed, it’s financially difficult to take officers off duty for days of training. Stafford looked into volunteering herself, but parents are unable to lead the program (though they can help with tasks like setting up snacks at program graduations), because D.A.R.E. admins want someone official in uniform and officially trained in prevention education to support consistency in the curriculum.

So with the other Petaluma Parents Against Drugs, Stafford continues to meet with and encourage her local schools to request their officers bring D.A.R.E. back from its hiatus and into her community in a more prevalent way. "Why are we as a nation wagging our finger at something they're giving the schools for free?” she says. “It's information. And it may not help everyone, but if it helps even one kid, who are we to push that away?"