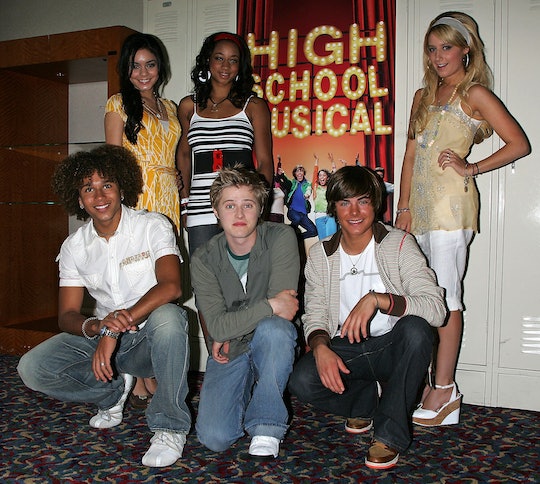 The School From High School Musical Was Almost Destroyed

The setting of a films is sometimes more important than the characters of the film themselves. After watching certain movies so many times, the surroundings become so familiar to fans, they begin to feel like their own homes. And when those settings become damaged or ruined, people take it personally. Take High School Musical, for example. One week ago, the school from High School Musical was nearly destroyed in a flood, and fans are understandably upset about the damage caused to an early 2000's icon.

Who can forget that school in High School Musical? The high school served as a backdrop for all of the drama in the movie — from the students expressing their desire to break the status quo in that amazing looking cafeteria to Zac Efron's character, Troy Bolton beating the buzzer to win the basketball championship in that huge gymnasium. The high school was practically a character in all three films (I mean, the film series was called High School Musical after all). But as previously stated, that amazing high school — East High School located in Salt Lake City, Utah — was almost destroyed in a late July flood, causing millions of dollars worth of damages to the backdrop of the beloved Disney Channel movie series.

According to E! News, a rain storm in the area triggered the flash flooding which additionally destroyed homes and businesses in the area.

The flood was caused by a rare, 200-year event in Salt Lake City, according to the Salt Lake Tribune, with some areas experiencing more than 2 inches of water. East High School was a casualty of this historic flood and faces a reported $2 to $3 million in damages. According to KUTV, the athletics department was hit the hardest. "There's so much water," district spokeswoman Yandry Zavala Chatwin told the Salt Lake Tribune last week. "They're still trying to get the water out before they can assess the final damage."

High School Musical Star KayCee Stroh, who played Martha Cox, the nerd who liked to "pop and lock and jam and break" (fans know exactly what I'm talking about) shared the photos of the very flooded East High to her Instagram account which got a lot of comments from people upset over the news. "Omg crying," one commenter wrote. "Ahhh my childhood," another said.

Fans on Twitter are just as upset, using the website to express their sadness in response to the news:

If you, too, are saddened by this news of East High being nearly, then you can help preserve the school back to its former glory. Twitter user, nfwarmup, tweeted that the school needs donations before it reopens within a few weeks.

According to Fox 13 Salt Lake City, the school is in need of clothing and non-perishable food items (the whole list can be found here), and the school district is currently accepting donations online through the Salt Lake Education Foundation.

Although East High was significantly damaged from the flood, it is far from being gone for good. Fans can help the school recover through donations — and the memories High School Musical fans have of the school will forever remain, no matter how much damage was caused.

More Like This
25 Great TV Shows About School To Watch As A Family
Take An Exclusive Sneak Peek At A Brand New Back-To-School Peanuts Special
Where To Buy School Uniforms, From Jumpers To Dress Socks
31 Back-To-School Outfit Ideas For Every Kid