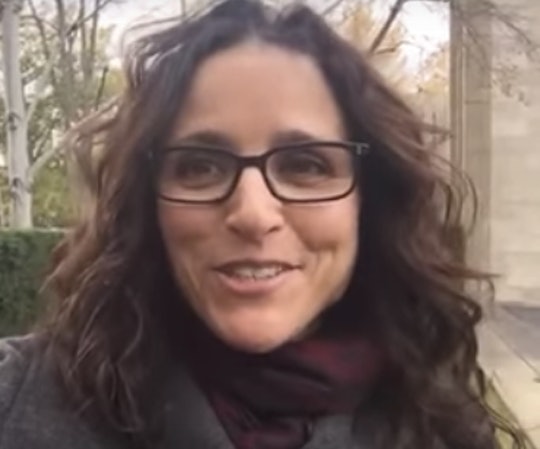 Seeing a parent suffer through a terminal illness is beyond heartbreaking. But one son was so committed to seeing his father have a few laughs before he passed away, he did something beautiful. On a whim, James Calder asked the Seinfeld cast to send his dad Happy Birthday videos before he passed away — and one by one, they actually did. Needless to say, the entire Calder family, along with the rest of the Internet, was taken by surprise by the outpouring of kindness, from everyone from Julia Louis-Dreyfus to the guy who played the Soup Nazi.

Calder first started the Seinfeld project on Oct. 29, when he took to HuffPost to lay out his plans. In the original post, he explained that his father was diagnosed with Stage IV cancer two years ago. In that time, he said father went from a person who was full of life to someone whose life was taken over by misery. “When I feel powerless with things completely out of my control, I often put some focus into creative projects to distract myself,” he wrote. Though the entire ordeal was taxing for him, he was grateful to them to "creative, thoughtful, and sincere" responses that his family receive. He explains how he was able to get the ball rolling:

I told people on the [Facebook] page to make their messages happy and not sappy. In writing that I thought, what better way to bring a smile to his face, then to use some of my journalist detective skills to track down some of his favorite characters from the Seinfeld show to record a birthday message for him.

From there, Calder says he asked celeb well-wishers to simply send a video saying “Happy Birthday Jim” and possibly something that their character might say to make him chuckle. Reaching out to the cast through Facebook and Twitter, Calder was determined to give his father a bit of happiness in light of his devastating disease. Prior to his father's passing on Nov. 7 — just a few days shy of his 67th birthday — Calder received a ton of shout-outs that his father watched while in the hospital. On Nov. 24, he reported back on HuffPost with videos the extended Seinfeld cast sent to his father:

Larry Thomas (aka "The Soup Nazi")

Wayne Wilderson (aka "Walter" From Peterman)

Some actors preferred to not make their kind action public and send good vibes to the dad in private. Richard Herd, who played George's boss Mr. Wilhelm at the Yankees actually reached out several times to speak with him over the phone. According to Calder, Jim Kramer (otherwise known as Michael Richards) reached out, but preferred to forego the video as he continues to stay out of the public eye. Though Jerry Stiller who played Frank Costanza and Lawrence Mandley who played Larry the Cook provided videos in character, they asked that the footage only be seen by the Calder family.

Beyond appreciative for their gesture, Calder thanked the cast for providing them with laughs and helping them through this tough time.“These wonderful people helped to honor and celebrate my father's birthday and provided a much needed distraction during an extremely difficult time for my family. Their kindness and compassion has humbled us to our core,” he wrote.

You can check out more videos from the cast on Calder's official YouTube page.