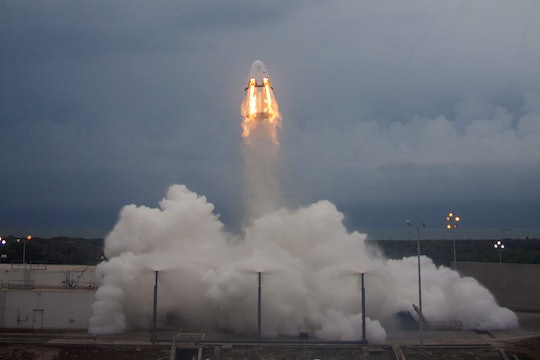 The SpaceX Rocket Explosion Is More Depressing Than Everyone Thinks

The future of space travel had a hiccup this morning and, though no one was injured, the aftermath of the SpaceX rocket explosion is a bit more depressing than everyone thinks. The unmanned Falcon 9 rocket suffered "an anomaly on the [launch] pad, resulting in the loss of the vehicle and its payload," SpaceX tweeted in a statement. This explosion at Cape Canaveral not only destroyed the rocket itself, but also a vital piece of new technology that was meant to revolutionize global connectedness.

The Falcon 9 rocket was carrying the fruits of a $200 million labor. Called the Amos-6, this satellite was funded by Facebook and was supposed to have been carried by the Falcon 9. A successful test launch would mean that, on Saturday, the Amos-6 would then have been put into orbit, where it would have been used to "provide free broadband internet service to countries throughout Sub-Saharan Africa." A lot of time and money had been put into the satellite, and Facebook had partnered with French satellite broadcast company Eutelsat in order to make this connectivity a reality.

Facebook CEO Mark Zuckerburg first announced his plans the Amos-6 in a Facebook post on Oct. 5, 2015. The satellite was an initial gesture in exploring new, innovative ways to offer internet access to parts of the world where it is not yet readily available. This mission in particular was promoted by Facebook's Internet.org initiative, which, according to its website, works to "[overcome] issues of accessibility, affordability and awareness—in hopes that one day, everyone will be connected."

Zuckerberg responded to the explosion on Facebook, saying that he was "deeply disappointed to hear that SpaceX's launch failure destroyed [the] satellite." He then looked forward to other technologies that serve the same purpose, saying: "Fortunately, we have developed other technologies like Aquila that will connect people as well." Aquila is Zuckerburg's "solar-powered aircraft" which can "beam wireless connectivity to places without access to the Internet." Thus far, Aquila has flown for about 90 minutes straight through, with eventual hopes of it flying for three full months at a time.

It's unclear whether or not Facebook will work to rebuild and relaunch another internet-providing satellite with SpaceX. Given the success of Aquila, it's possible that efforts may be concentrated on other, more earthbound internet providers. Still, the concept of providing expansive internet coverage from space is a fascinating one which might be totally worth the risk.