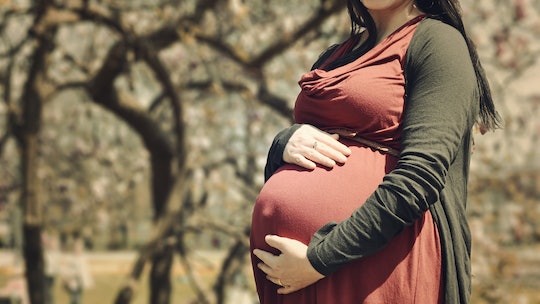 These Are The States That Have The Worst Maternity Leave Laws

If you're expecting a child and thinking about moving states, you might want to check out what new laws you'll be dealing with. Unfortunately, as is the case for states with the worst maternity leave policies, you might have no protective laws at all.

Let's get one thing straight: Federal laws don't guarantee paid maternity leave to new mothers, so any additional assistance must be established by the state. As you can imagine, this leaves huge gaps that can be incredibly frustrating for parents. Whereas some states seem to have the best interests of newborns and their families at heart, allowing time off without completely sacrificing a salary, others literally have nothing to offer.

The only real piece of federal legislation that expecting families have in their corner is the Family and Medical Leave Act (FMLA), offering "unpaid, job-protected leave" to some — not all — workers; Leave largely depends on the size and structure of the company. So, though many mothers should be able leave their jobs for a bit post-baby, they wouldn't be guaranteed any pay for the time missed.

In order to see how different family leave policies are state to state, the National Partnership for Women & Families analyzed family leave-related laws, bestowing letter grades to each state depending on what was offered. Only a few states really made the grade, and so many others fell flat.

At the top of the list was California — the only state to earn an "A;" Washington, D.C. and New York each got an "A-." Leading by example, California was the first state to grant family leave back in 2002, offering up to six weeks of leave. New York and D.C. have an imminent A-, as their leave laws won't actually come into play until 2018. Still, offering eight (New York) and 16 (D.C.) weeks of paid leave shows a much-appreciated step in the right direction.

There are some middle-of-the road states like Connecticut, Hawaii, Illinois, Massachusetts, New Jersey, Oregon, and Rhode Island that don't provide extended leave, but still have some provisions for accommodating nursing women in the workplace.

Some states are making improvements but, as you might guess, others are by no means pulling their weight. So which are the really inadequate states? Alabama, Arizona, Georgia, Idaho, Michigan, Mississippi, Missouri, Nevada, Oklahoma, South Carolina, South Dakota, and Wyoming haven't passed any pieces of independent legislation working toward maternity leave. So, aside from 2002's FMLA, families in these states can't expect any help from their workplace once their baby arrives.

In refusing to provide families with support, states put parents in uncomfortable, often impossible positions. Childcare is expensive, and families should be able to be with their newborn children without worrying about losing their jobs or going into debt in the long run. California, D.C., and New York are on the right track, and it's time for the other states to follow suit.