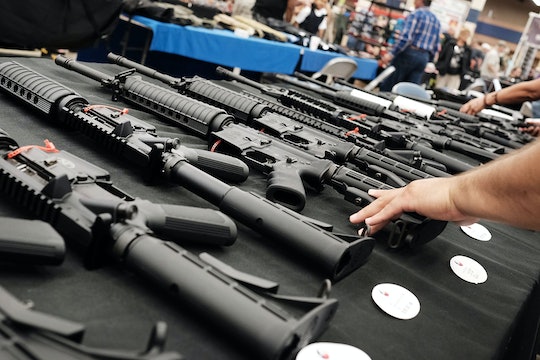 The Surprising Fact About Gun Deaths That Will Change How You Think About Shootings?

From Baton Rouge to Orlando, tales of gun violence pop up on our phones and televisions with frighting regularity these days. While a debate on gun control rages in Washington, it seems mass shootings are more frequent and deadly than ever. But should the fight for stricter gun control target the lone-wolf attacks we've become so accustomed to? A surprising new fact about gun deaths might change the way you think about shootings.

One thing is certain: Mass shootings provide newspapers and television with disturbing, but popular, stories. It is no wonder that the fight for gun control flares immediately after an attack like the one on Newton Elementary. But it turns out, most victims of gun violence are not targeted by lone wolves, gangs or terrorists. In fact, gun violence is a threat that hits much closer to home.

Nearly two-thirds of the 33,000 gun deaths in the United States each year are suicides, according to a Center for Disease Control survey of causes of death. Men account for a whopping 85 percent of those suicides.

Why are the survey's results so surprising?

The media is partly to blame. Journalists generally don't cover suicides because there is evidence that suicide is contagious. Suicides also have less news appeal as they tend to involve only one person, while mass murderers can kill dozens at a time. But in fact, only one-third of all gun deaths are homicides, and only a 1.5 of those deaths are mass murders.

Suicide is a major problem in the United States and it is only getting worse. This year the suicide rate hit a 30-year high, leading many outlets to classify the trend as an epidemic. Suicide is the second leading cause of death for 15-34 year-olds, but middle-aged men are at greatest risk. Half of all gun suicides are committed by men 45 years or older, according to the survey.

These deaths are preventable. Gun ownership and suicide are tightly linked, according to a recent Harvard study. In states where gun ownership is more prevalent, so are suicide gun deaths. Protecting people from guns can save them from themselves.

“Studies show that most attempters act on impulse, in moments of panic or despair. Once the acute feelings ease, 90 percent do not go on to die by suicide," said Says Harvard School of Public Health Professor David Hemenway.

The CDC survey sheds light on one of America's most underrated health issues. It is time we include suicide victims in the debate about gun control.