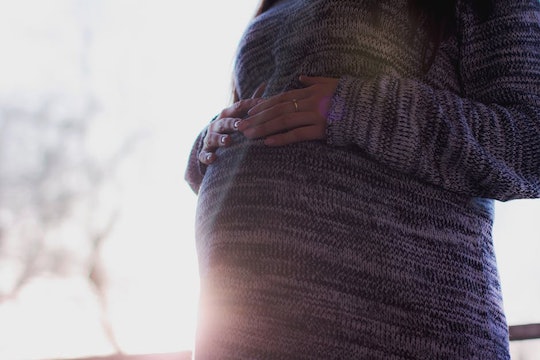 The Surprising Life Choice That Could Impact Your Child's Cancer Risk

Deciding when to have kids is a big life decision for a variety of reasons and in recent years, more and more parents are deciding to hold off on starting a family. And while this choice comes with a lot of benefits — such as extra financial security and career stability — it also may also come with some health risks for a baby-to-be. In fact, according to a new study, waiting to have kids after a certain age could actually increase a child’s risk of cancer in their childhood years.

A recent study published by researchers at the University of Denmark and University of California, Los Angeles found that children of older parents may have an increased risk of certain types of cancers, according to CURE, a magazine that focuses on cancer developments, news, and advocacy.

For this study, researchers looked at nearly 6,000 Danish children who were diagnosed with cancer before they turned 16 years old. According to CURE, of those cases, they found that there was “an increase in leukemia diagnoses” in children whose parents were older than 35. They also found a higher risk of Hodgkin lymphoma in children of parents between the age of 30 and 34, and for non-Hodgkin lymphoma for parents over the age of 35, as CURE reported of the study.

Julia Heck, one of the study’s researchers, told CURE that one possible explanation may be from "an increase in chromosomal mutations in older people."

Chromosomal mutations are more likely to happen as both men and women age. As one scientist explained to NPR in 2014, this could be because "the proteins that bind chromosomes together may degrade over the years that the egg is waiting in a woman's ovary" or "the number of eggs that women have is also depleted over time, so there might be fewer good ones to choose from."

And for men, a 2012 study found that older fathers may pass on more mutations to their children "because sperm are continually produced, so they go through more cell divisions," according to The Guardian.

While these findings may be alarming for expectant or would-be older parents, it's important to remember that childhood cancers are rare and make up less than 1 percent of all cancers diagnosed each year in the United States, according to the American Cancer Society.

Still, there is a heightened risk and further studies are needed to help scientists better understand why this is the case. But, in the meantime, the study's researchers told CURE that parents can do a few things to ensure their baby is healthy, such as not smoking and limiting your intake of alcohol and exposure to chemicals — because when mom and dad are healthy, it helps make babies that are happy and healthy, too.