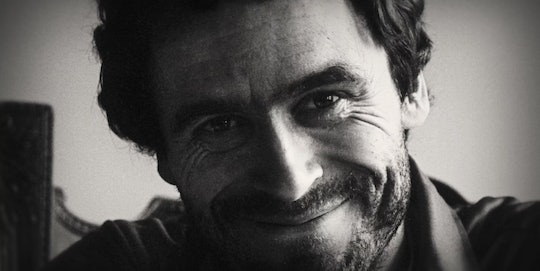 Some Women Love True Crime, But After 'Ted Bundy,' I Can't Stand It

Like many women, I am obsessed with true crime. I watched Law and Order: SVU obsessively and well into the post-Stabler years, even sticking around during the blond lady detective’s struggles with gambling addiction. I listened to every episode of Serial multiple times, regularly frequenting subreddits devoted to the show. (#JusticeForAdnan.) And I’ve Googled Jonestown and Jonestown-adjacent topics so many times that my browser may as well autofill with “u ok sweetie?” Recently, however, something happened while I was watching the Netflix docuseries Conversations with a Killer: The Ted Bundy Tapes, which relies on archival footage and audio recordings of Bundy while he was on death row for murdering more than 30 women. (He was executed in 1989.) The turning point was toward the end of the first episode, when director Joe Berlinger shows archival news footage from the 1970s, when Bundy was still at large. It was an interview with Eleanor Naslund, the mother of 19-year-old Denise Naslund, one of Bundy’s victims.

“All I can think about is what are her thoughts? How long did she suffer?” Naslund says, flanked by photos of her daughter, an impossibly beautiful young girl with smooth bangs and a wide smile. “And these thoughts are with me all the time.”

Then I spent the rest of the night scrolling through Paris Hilton memes on Instagram.

It’s not that Conversations with a Killer is bad or even boring. Although director Joe Berlinger has been accused of glossing over Bundy’s crimes in order to perpetuate the mythos of the charismatic, handsome, ultra-brilliant serial killer, this isn’t really a fair critique: Bundy was, by most accounts from people who knew him, all three of those things, and the film accurately portrays this without downplaying the depravity of his crimes.

The problem wasn’t with the movie, so much as it was with me (insofar that a lack of interest in hearing about grisly rape and murder could be classified as a “problem.”) All of the morbid details that would’ve made me shiver with mordant glee before — the bumbling ineptitude of the state police, the archival photos of a boyish-looking Bundy with his high school girlfriend, the stock footage of the impossibly wholesome-looking congregation of the LDS Church where Bundy was briefly a member — failed to thrill. Having recently become a parent, I couldn’t stop thinking about Eleanor Naslund and the family members that had been left in Bundy’s wake: how much anguish he had caused, and how much more would be wrought by the mere existence of this film, 30 years after Bundy was executed for his crimes.

Women... tend to actively try to learn from what they consider the 'mistakes' of female crime victims.

Much has been written about why women are fascinated with true crime, and the basic explanation seems to be that we subconsciously identify with the victims. Even though the chances of being murdered by a charismatic stranger with a brown VW Bug are fairly miniscule (women are much more likely to be murdered by someone they know well, such as a husband or boyfriend), the chances of a man making us feel threatened or unsafe are, unfortunately, not nearly so low. For women, the threat of male violence is omnipresent, even if it rarely becomes a reality.

Women also tend to actively try to learn from what they consider the “mistakes” of female crime victims. If you’ve ever heard a story about a woman hopping into a stranger’s car or walking the streets of a bad neighborhood alone at 2 a.m., your first thought is usually along the lines of, ““Well, I’d never be dumb enough to do that.” While this may be an uncharitable thought, it’s not unhelpful: the truth is that these types of stories teach us the best ways to arm ourselves against violence.

"Women are so often portrayed as victims in the media. And women in particular like to think about something and understand it in order to overcome anxieties based around that," Lucy Fitzgerald, the co-host of the true crime podcast Wine and Crime, told CBS News when asked about the show’s appeal. In this sense, true crime isn’t just a mordant obsession; it’s a survival strategy.

But learning from the mistakes of dead girls is useful only if you are solely accountable for yourself, and the second you become a parent, this is no longer the case. “Becoming a mother is like walking around with your heart constantly outside your chest,” a former boss once told me right after I gave birth, and every day this sentiment strikes me as increasingly true: parenthood means caring about another person more than you do about yourself, which places you in a constant state of vulnerability, inviting others to hurt you in entirely new and horrifying ways.

Instead, I identified with the anxiety-ridden parents, the harried, hand-wringing Larry Millers from 10 Things I Hate About You and Ana Gasteyers in Mean Girls and hell, even Carmelas from The Sopranos. Of course they were worried.

I once read a study that essentially said that the structure of a woman’s brain changes when she becomes pregnant, with the volume of grey matter in the brain eroding and regions controlling empathy and anxiety becoming more active. When I first read this, I was irrationally furious; having started to learn firsthand the myriad ways our society treats motherhood and pregnancy as a grotesque sort of handicap, “structural changes in the brain” struck me as a flimsy justification of such treatment.

But at the same time, it’s hard to otherwise rationalize the profound changes in perspective that occur during the first few years of motherhood (a period that we now know as matrescence), including a profound shift in our own worldview. For me, the biggest change was when I realized that I no longer identified with the plucky heroines of my favorite teen movies and TV shows; instead, I identified with the anxiety-ridden parents, the harried, hand-wringing Larry Millers from 10 Things I Hate About You and Ana Gasteyers in Mean Girls and hell, even Carmelas from The Sopranos. Of course they were worried. Of course they were stressed out. Of course they’d threaten snooty admissions officials with violence and ricott’ pie to get their kid into Georgetown. Wouldn’t I? Wouldn’t any mother?

I think my newfound aversion to true crime and documentaries like Conversations With a Killer marks the height of this phenomenon. I no longer feel aligned with the plight of the dead girls, because I so strongly identify with the parents, who strike me as ongoing victims here. They’re the ones haunted by the knowledge that they failed to protect their children; they’re the ones who are fated to walk around with their hearts outside their chests, permanently broken; they’re the ones who see their beautiful daughters’ and sons’ images trotted out during anniversaries and retrospectives, never knowing who they could have been had their lives not been brutally truncated, reduced to virtue-signaling tweets and end notes on Wikipedia.

The psyche of serial killers like Bundy no longer is of interest to me.

I am not sure what happened to Ted Bundy, or any other serial killer for that matter, that rendered them capable of murder. But I do know that I don’t really care, because the end result is the same; lives are lost, families are ruined, parents are haunted by the kinds of thoughts that no human being, not even someone like Ted Bundy, deserves to have. The psyche of serial killers like Bundy no longer is of interest to me; the only thing that is of interest to me is protecting my child against people like him.

I don’t begrudge fans of podcasts like “Wine and Crime” and shows like Conversations with a Killer their prurient interest in killers like Bundy; hell, I don’t even begrudge them the opportunity to semi-ironically thirst after him. (He’s been dead for 30 years. He no longer poses a threat to anyone’s safety. Thirst away.) I just know that I no longer share it. What I share is with mothers like Eleanor Naslund: the love for all children everywhere, and the unspeakable pain of their loss.