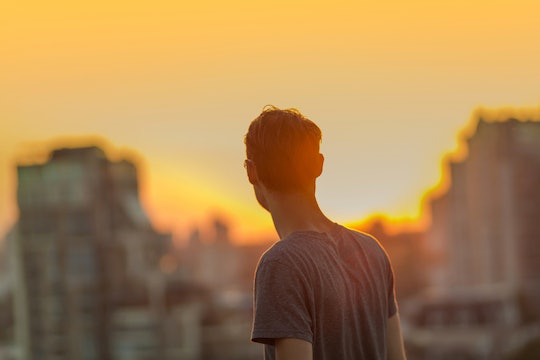 A Georgia Lawmaker Has Proposed A "Testicular Bill Of Rights"

This year has seen its fair share of attacks on women's rights — from lack of appropriate medical care to restrictions on birth control and more. But what about men? It doesn't seem like they ever have to worry about the government cracking down on their health choices, something that women have to contend with at nearly ever turn. That's why one bill is calling on accountability for men. The "Testicular Bill of Rights" proposed by a Georgia lawmaker draws attention to an important double standard.

Georgia Democrat Dar'shun Kendrick, a state representative, a women's rights activist, and an openly pro-choice politician, announced the idea for the bill last week, in response to a "heartbeat" bill that would prohibit abortion once a fetal heartbeat is detected (and was passed by the Georgia House of Representatives), according to The Washington Post.

Kentucky also recently passed a so-called "heartbeat bill." The Kentucky bill was temporarily blocked by the federal courts until further notice because a Kentucky judge found that it was potentially unconstitutional, according to Vox.

Right now, women in Georgia can seek out an abortion up to 20 weeks, according to CNN.

As the outlet reported, The "Testicular Bill of Rights" proposes law that:

And it's not a coincidence that DNA testing and child support should happen at the six-week mark. It's at this same mark that the heartbeat bill begins to consider abortions illegal, according to InStyle.

Clearly a bill of this magnitude would never pass, but it's more about principal for Kendrick. If lawmakers are going to come after a woman's reproductive rights, then men should be targeted as well.

Iowa and North Dakota aimed to pass similar six week abortion ban bills but, like Kentucky's, both were blocked, according to Fox News and The Hill respectively.

If enforced, Kentucky's heartbeat bill would be one of the strictest anti-abortion laws in the country and it would have taken affect immediately, if the courts had not acted, according to The New York Times.

It's been a long battle against moves to infringe upon a woman's right to choose and to enforce stricter abortion bills in Kentucky, a state that has only one operating abortion clinic, according to The Courier Journal.

That's why the potential passing of the heartbeat bill was so frightening to women who needed an option. But Kendrick's Testicular Bill of Rights aims at switching the focus from women to men.

"Women’s rights are under attack right now in this nation,” Kendrick said in an interview with The Hill. "Of course it’s tongue-in-cheek, but the point is to shift the focus."

States seem to be passing legislation at an alarming rate, in anticipation of a conservative Supreme Court discussing the future of Roe v. Wade, the court case that legalized abortion, as The New York Times noted. Bills can be passed at a state level, but they have to be ratified at a federal level. With the ever-changing political climate, it's hard to tell what will stick and what won't. So, keeping up to date on women's rights is of the utmost importance for those looking to know what the government is saying about your body.

More Like This
This Map Illustrates Just How Many States Would Ban Abortion If Roe V. Wade Is Overturned
Elmo Talks About Getting His Covid Vaccine In A Cute New Video
Family Of Grandfather Killed In Highland Park Mass Shooting Say He "Saved" Their Lives
Lauren Conrad Shares Experience With "Lifesaving Reproductive Care" After Ectopic Pregnancy