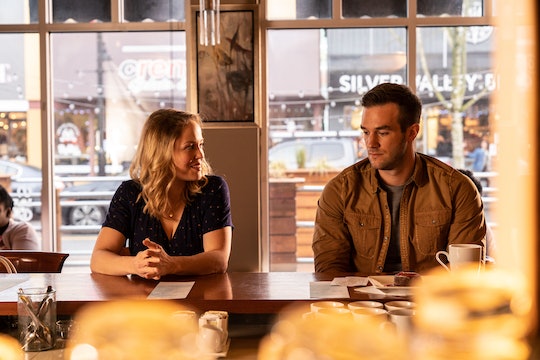 A great ensemble cast can make or break a movie. One of the great things about a network like Lifetime is they never fail to put a string of talented actors together for a project. Even if you didn't know a name, you may recognize the face, or vice versa. Basically, you know what you're getting when you tun into a Lifetime Original movie. And the To Have and to Hold cast is stellar and will make you want to watch everything these actors have been in.

The movie itself, which airs Sat. June 22, is based on the best-selling novel of the same name by Jane Green. It's actually one of three Green novels Lifetime nabbed that will be executive produced by Grey's Anatomy star, Kim Raver. The movie follows Alice as she prepares to marry her teenage crush, Joe. He's the epitome of Prince Charming (on the outside), but in exchange for her happily ever after, Alice is expected to change nearly everything about herself. She's to be the image Joe needs to cover up the affairs he's having on the side. Then when Joe's cheating affects his career and the two are forced to move, Alice feels like her life can't get any worse. Before long, the comfort of her best friend's boyfriend turns to something more. I don't love that storyline, but the cast makes it work. With that, here are the stars of this unexpected Cinderella story.