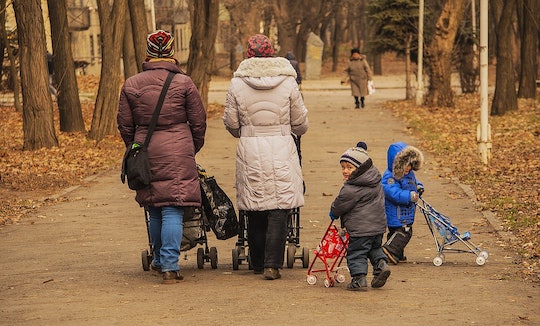 Millennial parents have a lot to think about when choosing where to raise their children. They must keep in mind school districts, crime rates, and — sometimes most importantly — the cost of living. When considering all of these issues together, the top 10 most affordable cities for millennial parents in the United States may differ from lists comprised simply for the average, or older American.

For one thing, millennial parents have to look not only at a city's current situation, but try to predict what it will be like down the road as well. A recent study found that moving to a new place can be particularly difficult on a child, according to Psychology Today. Frequent moves disrupt friendships and cause problems in school — especially for children who are already introverted. In order to reduce the likelihood of having to move later in life, millennial parents are likely looking for a location with benefits that will be lasting.

When picking a hometown for a child, many parents want to ensure that they will have access to a good school district with plenty of options to suit their little one's individual needs. So, doing some research into what kind of schools are in and around a particular city is a great way to set children up for future educational success.

And while finding the perfect town with the perfect school sounds ideal, practicality requires parents to take finances into consideration. Millennial parents will need to concern themselves with things like median rent and unemployment rates for a city to determine how cost efficient it would be to actually call home. Fortunately, information like this for a given city is generally pretty easy to access.

While the arguably more exciting, flashy cities like New York City and Los Angeles may be out of your price range, you still have lots of options to consider. Taking all of these factors into consideration, let's take a look at our top 10 most affordable cities for millennial parents right now.

Lincoln is at the top of this list with surprisingly affordable median rent ($667) and low unemployment rates, most recently at 2.7 percent. Part of what makes Lincoln such a great option for parents is its sprawling park system, comprised of over 125 individual parks to explore.

Lincoln also boasts a strong sense of community, which could lead to a longer life. John Scheer, Ph.D., an associate professor of nutrition and health sciences at the University of Nebraska at Lincoln told TODAY, "A key factor to a long, healthy life is a sense of belonging to your community."

Who doesn't want to set their kids up for a long and happy life?

Sioux Falls is another good option for millennial parents due to its low median rent (only $669) and unemployment rate (currently at 3.2 percent).

Additionally, Business Insider reported that Sioux Falls is undergoing a cultural renaissance brought on by a plethora of white collar jobs. Also, for parents looking for inexpensive, outdoor activities, the numerous parks and festivals in this city make it a top contender.

Columbus has one of the lowest costs of living in the country, along with a median rent of $753. That, combined with its diverse economy made up of education, bank, aviation, and energy make it an exciting option for millennial parents. The low unemployment rate (currently at 6.1 percent) doesn't hurt either.

Another great city for millennials raising their children is Knoxville. In fact, one mom wrote a blog post about how much she loves raising her children in Knoxville — raving about the 81 parks, the view of the Smoky Mountains, and the numerous holiday attractions. The median rent in Knoxville is around $750 and the unemployment rate is a low 3.4 percent, according to current figures — making it affordable to enjoy all of that splendor.

Fort Wayne has a lot of great options for parents looking to spend time outdoors. The city boasts a number of interesting parks, my favorite of which is Johnny Appleseed Park, which claims to house Johnny Appleseed's grave.

Fort Wayne also has one of the lowest unemployment rates on this list (currently at 2.7 percent) and a median rent of around $800. One recent study even named this city as its number one pick to raise a family, according to local NBC News affiliate WNDU.

Portland is my personal favorite city on this list. For parents more on the quirky side, this is your best choice. Seriously, this city's slogan is "Keep Portland Weird." This city is known for its trendy microbreweries, microdistillaries, and food trucks — but it has plenty of family-friendly appeal as well.

There are numerous outdoor attractions, a great science museum, and farmers' markets. Portland also has great air quality when wildfires aren't rampant — likely because it's one of the most environmentally conscious cities in the country — is very safe, and boasts lots of recreation. The median rent here is $813 and the unemployment rate is currently at 7 percent.

Austin is often mentioned as a underrated city when it comes to cultural appeal and I would argue that millennial parents shouldn't overlook this city either. It has a low median rent ($882) and very low unemployment rate (currently at 4.8 percent).

Also, Austin was just named one of SmartAsset's best cities to raise a family based on its low crime rate and affordability.

Atlanta is a bustling city with loads of appeal. It has been named as one of the best cities to live in on a number of lists, including TIME and Forbes. Atlanta has a great music scene and a thriving sports community as well.

While living in the city center with children may not be ideal, there are a number of excellent suburbs surrounding it that are tailor-made for raising children. Median rent in and around the city is $884 and the unemployment rate is currently at 10.4 percent.

For those millennial parents looking to the West Coast, Seattle may be a good option. Seattle boasts a low unemployment rate (currently at 5.3 percent) along with a relatively low cost of living for a major city — a median rent of $958.

Children growing up in Seattle have access to parks and lots of outdoor sports. Plus, parents can pop into the very first Starbucks for a pick-me-up when parenting gets, well, tiring.

Compared to many of the places on this list, Bridgeport is a bit on the pricey side, which is why it is ranked so low. Median rent in Bridgeport is estimated at $1,875 — certainly more costly than most of the other cities. But, hear me out. What Bridgeport lacks in affordable rent, it makes up for in affordable house prices. The median sale price for a home in this city is $149,250. The unemployment rate isn't abysmal in Bridgeport, either (currently at 8.4 percent). This would be a good option for those looking to own rather than rent, and experience that East Coast vibe.

Each of these cities has something unique to offer growing millennial families. With locations spread all over the country, there really is something for everyone. While cost of living and the number of jobs in a city are only two of the many factors that need to be considered, they are certainly somewhere to start to help get your search going.

More Like This
Can The Baby Have That?
13 Going on 30 Is Just As Sweet & Funny As You Remember — And Kids Will Love It Too
You’ve Probably Been Pronouncing “Lilibet” All Wrong
Here's Why 'Mean Girls' Is A Fetch Movie Choice For Families With Teens