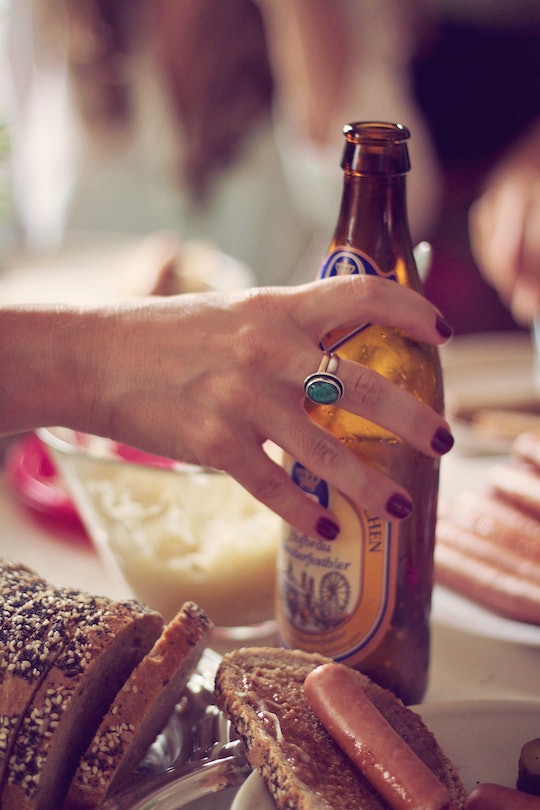 The Truth About Beer & Your Breast Milk Supply

As a young mom who struggled with breastfeeding, I was given lots of advice from friends and family members. One suggestion that I'll never forget was from my husband's late grandmother. She insisted that when nursing four babies back-to-back, the one thing that helped increase her milk supply was beer. I've never been a beer drinker, so I quietly let that suggestion fall by the wayside. But, over the years, I've continued to hear well-meaning older adults touting beer as an effective galactagogue. I decided to learn the truth about beer and breast milk supply.

According to biopsychologist Julie Mennella, Ph.D., of the Monell Chemical Senses Center, using beer to increase milk supply has been a centuries-old custom in some cultures. In an article for the National Institute on Alcohol Abuse and Alcoholism's (NIAAA) website, she wrote that in 1895, a major U.S. brewery produced a low-alcoholic beer composed of barley malt and hop called Malt Nutrine. This product was sold exclusively in drugstores and was regularly prescribed by physicians as a tonic for pregnant and lactating women as well as a nutritional beverage for children. Because it contained more than 0.5 percent alcohol, the product was taken off the market during Prohibition.

German researchers Dr. Berthold Koletzko and Dr. Frauke Lehner reviewed studies on the effects of beer on non-lactating humans and experimental animals for a chapter in the journal Advances in Experimental Medicine and Biology titled "Beer and Breastfeeding." These studies indicated that beer can stimulate prolactin secretion, but this effect is not through the alcohol content. Rather, it is the result of a polysaccharide found in the barley. But if prolactin is the principal lactogenic hormone, does this mean that stimulating increased prolactin production will increase your milk supply? Not necessarily.

IBCLC Tori Sproat of Tiny Tummies Lactation Services tells Romper that increased prolactin is, in fact, not associated with increased milk supply. She shared literature from the Academy of Breastfeeding Medicine (ABM) Protocol Committee which states, "despite the fact that prolactin is required for lactation, there has been no evidence for direct correlation of serum prolactin levels with the volume of milk production in lactating women." In addition, the ABM explained that, although a barley component of beer and nonalcoholic beer can increase prolactin secretion, there are no systematic studies and no hard evidence to link this with increased milk supply. In fact, they suggest that alcohol may actually reduce milk production.

Even if alcohol consumption doesn't reduce your supply, it may change the flavor of your breast milk. Mennella published a study in the journal Developmental Psychobiology which found that beer consumption by nursing women "altered the sensory qualities of their milk and the behavior of their infants during breastfeeding." The infants in the study consumed significantly less milk after their mothers drank alcoholic beer compared to when the mothers drank nonalcoholic beer. Koletzko's and Lehner's research also indicated reduced breast milk intake by infants after moderate alcohol consumption by their mothers.

Then why is it that some moms associate increased milk production with alcohol consumption? IBCLC Sarah Lester, owner of Naturally The Best Lactation Services, tells Romper that because alcohol can cause a relaxation and unwinding effect, it may make it easier for some moms to nurse or pump. Koletzko and Lehner seem to agree, discussing in their research that the relaxing effects of alcohol might have beneficial effects on lactogenesis is some women, but note that there is still "no hard evidence for causal effects."

Until more more research can be done, your best bet is to avoid using beer as a way to boost your milk supply.