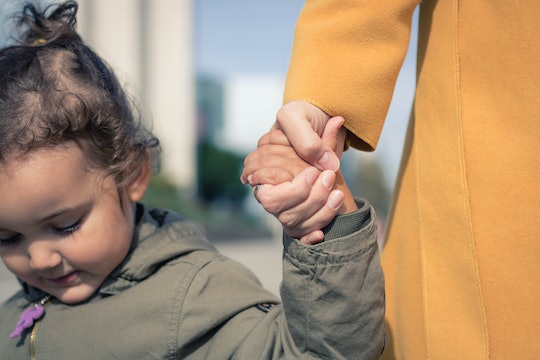 The U.S. Doesn't Want You To Abort Your Kid, But Apparently Shooting Them Is OK

Just a month after 58 people were shot and killed when a gunman opened fire at the Route 91 Harvest Music Festival in Las Vegas, Nevada, 26 people were gunned down while attending church in rural Sutherland Springs, Texas. The victims included as many as 14 children, and a pregnant woman, Crystal Holcombe, and her fetus. A single family lost eight members from multiple generations to the floor of that wooden church, including an infant great-granddaughter. For a country that claims to hold family values above all others, how could this happen? Because guns have more rights than living, breathing children in this country. Because ultrasound machines have a seat in Congress, and guns are legally welcome in churches, but passing gun legislation that saves children's lives is anathema in the chambers of the Capitol.

Since 1982, there have been 91 recorded mass shootings in the United States. I have grown up in a country that has trained me to look for the nearest exit while enjoying a movie at the local movie theater, and fear large crowds while attending an outdoor music festival. Now that I am a mother, I must contend with the idea that my child lives in a country that cannot promise me preschoolers can go to school without being shot and killed. I was 23 when I got an abortion, and felt the wrath of anti-choice advocates calling me a "murderer" and promising me eternal damnation. I was 27 years old when I gave birth to my son, and felt the cold chill of fear at the thought of, one day, sending him to a school that would include mass shooting drills as his form of education. These issues are entwined. It's not just that legislators want to grant "personhood" rights to unborn fetuses at the expense of the mother; it's that I must reconcile this want with the open wish from the president of the United States to parade America's arsenal in the streets of Washington. This country doesn't celebrate children, it celebrates guns.

On November 1, 2017, when House Republicans saved a seat for an ultrasound machine during a hearing on a bill that would ban abortions as early as six weeks, I realized just how far Congress will go to protect 10- and 30-inch barrels of wood and plastic and metal and composite stock mounted to triggers and receivers and accompanied by bullets, before they do anything to end systemic gun violence in this country, or protect a woman's right to full bodily autonomy — including protecting that body from loaded cartridges. After all, they made a decision to save a seat for a heap of plastic instead of a woman with thoughts and opinions concerning her own care.

Of course, not every member of Congress values the life of a fetus over the life of living, breathing children. Senator Chris Murphy of Connecticut has recently released a statement criticizing gun lobbyists and his congressional colleagues for failing to prevent mass shootings and gun violence. In Murphy's statement, he said:

"As my colleagues go to sleep tonight, they need to think about whether the political support of the gun industry is worth the blood that flows endlessly onto the floors of American churches, elementary schools, movie theaters, and city streets. Ask yourself — how can you claim that you respect human life while choosing fealty to weapons-makers over support for measures favored by the vast majority of your constituents."

Despite Murphy's sentiments, and the work of a few members of Congress, we currently live in a country that allows guns to kill nearly 1,300 children every year. We live in a country that, since 2011, had more than 100 gun control proposals submitted to Congress fail, but had 17 states enact 57 anti-abortion laws in 2015 alone.

I have long since given up relying on the majority of Republican Congress members, especially when it comes to "protecting life." Living, breathing, actual life; the kind of life that wants to go to concerts and preschool and movie theaters and places of worship without getting shot and killed. The NRA has given over $38 million to 10 Republican senators, including $2,861,047 to Bill Cassidy, who says he's proud of his "100 percent pro-life voting record." I know where their allegiances, and their money, lie.

But retreating behind partisan barricades will not help us. Whether you believe in protecting the lives of fetuses or in honoring women's right to make decisions about their health doesn't even matter. Both the unborn child and its mother died in Sutherland Springs, Texas. If you shoot the woman carrying an unborn baby, an uneasy truth comes to light: that fetus dies, too. Crystal Holcombe and all her wishes for that baby are gone.

You cannot protect unborn lives without protecting the living. You cannot say you care about babies if you let 18-month-old toddlers, and 5 year olds, and teens and mothers and grandparents get shot because you don't have the will to pass common sense gun legislation.

So, it's up to us: the voters. The women who want to make their own decisions about their own bodies. The mothers and fathers who hold our children just a little bit tighter every time we hear about another mass shooting.

Perhaps it will be for guns next time.