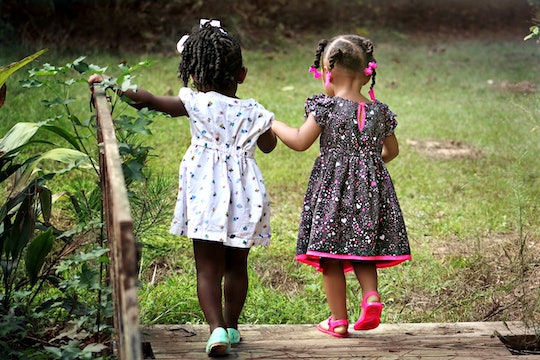 The US Is 97th For Women In Government, & Here's How That Affects Kids

It's not easy being a woman in America. We make less money, don't have access to basic necessities like paid leave, and have to fight for access to birth control and healthcare. One simple way women could make gains in all of these, and a host of other important issues, would be through more representation in government. The U.S. ranks 97th for women in government, according to Vox, and it's not just bad for the ladies, but it impacts our kids, too. Here's why.

“We calculated this at some point, and at the same rate we’re going, it would take about 100 years to get an equal share of women in Congress,” Heidi Hartmann, an economist who runs the Institute for Women’s Policy Research said, according to Vox.. “It would be nice if we could do it faster than that.”

More women in elected office would mean a few important things. First, women's issues would get more love and attention. Second, more diversity has been proven to make things work better, something our Congress could certainly use. A recent report from corporate research firm Catalyst found Fortune 500 companies with three or more women on the board out-performed those with fewer women.

But our kids would be the biggest beneficiaries of having more women in elected office.

First, American kids would get the added benefit of having their families represented by more politicians who understand the importance of issues like paid leave, pay equity, and access to affordable high-quality child care.

Second, young girls who are exposed to women who are elected to office tend to grow up to be more politically active, according to "See Jane Run: Women Politicians as Role Models for Adolescents." But the reason why girls are inspired is surprising. It's not that all of the sudden girls see a woman breaking down some perceived barrier and then those girls see some new possibility in their futures. Rather, it's that women in the political arena tend to make politics a more important topic for family conversations.

In other words, the more moms get engaged in politics, the more likely their kids, both daughters and sons, will be too.

"Contrary to conventional wisdom, this effect does not appear to be mediated through beliefs about the appropriateness of politics for women, nor through perceptions of government responsiveness," according to the "See Jane Run" report. "Instead, an increased propensity for political discussion, particularly within families, appears to explain the role model effect."

It makes sense: mothers tend to do most of the parenting and interacting with the kids. According to Pew, 54 percent of households where both the mom and dad work full time report the mother does the heavy lifting when it comes to parenting. When women are engaged in politics, their children will to pay closer attention to those politics and how they affect their lives.

And raising a woke generation of kids excited to participate in politics and shape their future would be a beautiful thing. So let's get started now and elect their moms to political office.