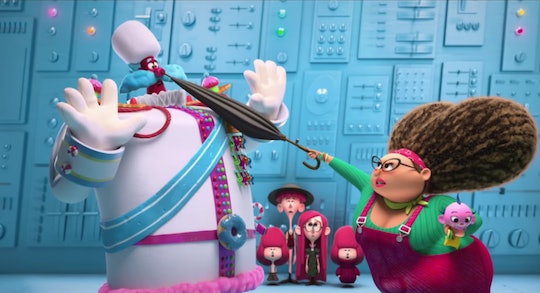 Worried your family may soon run out of new things to watch? Netflix will unveil a fun new animated original feature later this month that's perfect for your family's next movie night. In The Willoughbys, Netflix brings a quirky children's book to life while sharing the offbeat adventures of four children neglected and abandoned by their selfish parents.

Based off Lois Lowry's book of the same name, The Willoughbys, rated PG, follows Timothy, Jane, and twins Barnaby A and Barnaby B as they hatch a plan to send their selfish parents away on a vacation. Free of their neglectful parents, the children then take off on an adventure of their own with their new nanny.

With a voice cast that includes Ricky Gervais, Maya Rudolph, Martin Short, Will Forte, and Canadian singer Alessia Cara, The Willoughbys is sure to be a film that gets the whole family laughing. In fact, writer and director Kris Pearn told Animation Magazine that The Willoughbys isn't meant to be strictly a kid's film, but rather a film about kids. "It is a comedy for anyone at any age, who is or has been in a family that is NOT perfect," Pearn told the magazine.

In an interview with Variety, Pearn described the film as being "an old fashioned story riddled with tropes" but targeted at a contemporary audience. "It's a love letter to kid logic, unconventional families, and awkward childhoods," Pearn said. "It's a story for anybody who struggles to fit in. It's a story for families about families that struggle to be perfect families and often fail."

With millions of families now staying inside in an effort to limit the spread of the novel coronavirus, a story about imperfect families could be more relatable now than ever before.

But according to Pearn, schemes and adventures aside, The Willoughbys is a comedic story about love. "We can't choose who we're related to, but we can choose who we love," he told Variety. "And love is the glue that holds a family together. It's worth fighting for… even if it's awkward, and messy, and often kinda weird."

Families — perfect or imperfect — can settle in together to watch The Willoughbys on Netflix beginning April 22.