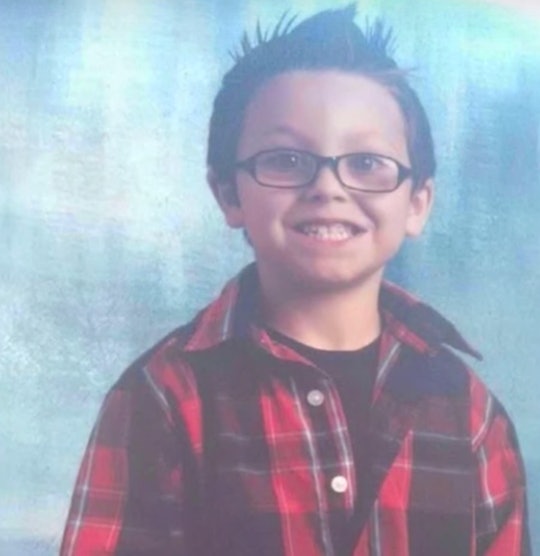 One week after a 6-year-old South Carolina boy sustained what would ultimately be a fatal gunshot wound outside his elementary school, his family and community united to grieve the loss. The themes of Jacob Hall's funeral Wednesday were forgiveness and superheroes because the child victim of yet another devastating school shooting would have wanted those who loved him to show his killer compassion, his mother, Renae Hall, has said. And she believes that her son, a devoted Christian and lover of superheroes, now has a superpower all his own: flying with angels.

Jacob Hall died Saturday, just days after a 14-year-old with a handgun allegedly shot him, another classmate, and a teacher as they headed out to the playground for recess at Townville Elementary School. The shooter also allegedly shot and killed his father before he drove to the school Sept. 28, and a third student who was injured at the scene did not require medical attention.

The teenager was charged with two counts of murder and three counts of attempted murder, but Tim Marcengill, associate pastor of Oakdale Baptist Church in Townville, told USA Today that Jacob had given his mother a very different message in the days before he died.

"'Mama, Jesus loves everyone,'" the boy reportedly said. "'Even those people who do bad things.'"

Despite those wise words, Jacob was nonetheless just an innocent little boy when he died, and his funeral's more eye-catching theme, superheroes, illustrated that. More than 1,500 mourners, many wearing superhero t-shirts or costumes at his family's request, turned out for the service, which was also attended by South Carolina Sen. Nikki Haley, Sen. Tim Scott — and Batman himself, who delivered a eulogy encouraging attendees to love and help one another, just as Jacob would.

Jacob, who is being laid to rest dressed as Batman himself, as WYFF 4 reported, surely would have loved to see the homage that Batman, who is actually a man named John Buckland, the owner of a Vest Virginia charity called Heroes4Hire, paid him. Buckland even drove a custom-built Batmobile that he calls the Hopemobile to the service, according to The New York Daily News.

"We're not here to mourn. We're here to celebrate," Buckland, who has performed similar services at about eight other children's funerals, told the audience, according to an NBC News video. "My message to all of us here today is to take what we've learned from Jacob. Let it make you a better husband, a better father, a better brother, a better sister, a better everything. May a 6-year-old boy become such a part of our lives that this community shows the rest of the world what hope is all about."

And one component of doing what Jacob has taught is granting forgiveness. David Blizzard, the senior pastor at Oakdale Baptist Church, told his congregation that they should all strive to emulate the the congregation of Emanuel African Methodist Episcopal Church in Charleston, which swiftly offered forgiveness to a shooter who murdered nine members of a Bible study group there in 2015, according to USA Today.

"Certainly, we have the same Jesus that Mother Emanuel has," he said. "And we can forgive if we choose to."

For such horrific, confounding tragedies as Jacob's death and the massacre at the church in Charleston, the notion of welcoming forgiveness amid the hurt is hard to comprehend. But, as those left living with the pain have learned, it's also a way to honor those lost, and to demonstrate that empathy does still exist — even in situations where it could very well be tough to access.