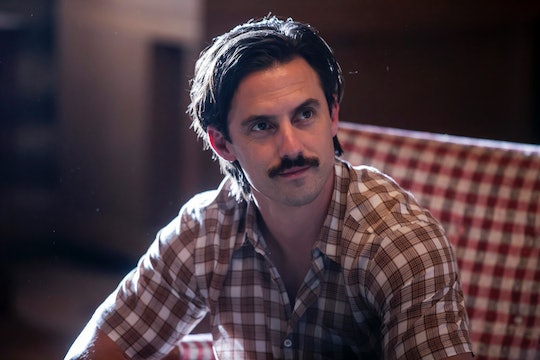 Though This Is Us is primarily a heartfelt family drama, the show is also known for its surprising reveals and shocking twists. Unanswered questions about the Pearson family have plagued fans since the earliest days of the show, but none is more pressing than the mystery of patriarch Jack's passing. These theories about how Jack died on This Is Us try to find the answer that the show held back on throughout its first season. Though Jack's death is still affecting his grown children, the exact cause remains unknown; all fans have to go off of is a vague timeline, but even that's difficult to pin down.

It seems like Jack died while the triplets were teenagers, and Kate in particular feels responsible for his death. The show has hinted at the various possibilities many times, especially when Jack's drinking and driving got out of hand, but hasn't delivered on answers (which, after all the heavy hinting, was pretty disappointing). There's no telling if Season 2, which premieres on Sept. 26, will finally be unambiguous about whatever took Jack from his family, but fans are likely to get restless if This Is Us pushes off the reveal for too much longer. Until then, however, there are plenty of theories about Jack's death to unpack. Such as...

The idea that Miguel offed Jack so that he could slide into Rebecca's (metaphorical) DMs is one of the most outlandish, but it deserves a place on the list just for being actor Milo Ventimiglia's favorite.

One of the more popular theories with fans is that Jack dies in a plane crash. There does seem to be some evidence of this, because after he passed away, Kevin threw out his model airplanes and Kate developed a fear of flying. Dedicated viewers even discovered a real life plane crash that happened in Pittsburg in 1994, which fits the setting and the timeline perfectly. This one is definitely plausible.

Another theory along the same vein is that Jack died trying to help during the attacks on the World Trade Center on 9/11. The cast and crew disputed this during a PaleyFest panel, saying that Jack was not in New York at that time.

I mean, no. Kate may be feeling undue guilt over her dad's death for some reason viewers don't know yet, but there's no way Kate actually had anything to do with what happened.

Jack's alcoholism seems like the most realistic way his death could come about, especially because he's gotten behind the wheel intoxicated before, like the time he went to go see Rebecca's show. It would make sense if this is the way Jack died because it's so common and already connected to his storyline; if he was going out to do something for Kate, then it would also explain why she feels so guilty.

This would be dark by This Is Us standards, but the series may have alluded to the possibility when Randall talked his co-worker down from the ledge. He mentioned Jack's death to the man, and that could be because Jack had died in a similar way.

Alcoholism can have other effects on health, too. It's possible Jack's drinking led to heart or liver disease, or even cancer.

Miguel probably didn't kill Jack, but someone else could have. Reddit user PP8900 speculated that the story Jack told little Kate at the pool about his lucky T-shirt could have been foreshadowing. He told her that while intoxicated, he helped out someone who was being bullied. Perhaps, as PP8900 said, "Jack sees someone along the road in need of help (being mugged/robbed) and pulls over. He's drunk or buzzed and this leads to an altercation and he's killed."

It would be just like Jack to try and help out in any situation he could, even if the consequences were dire. While fans are curious to know what could have possibly taken Jack from his family, ultimately the cause doesn't matter so much as the effect; no matter what, Jack is gone, which is the saddest part of all.