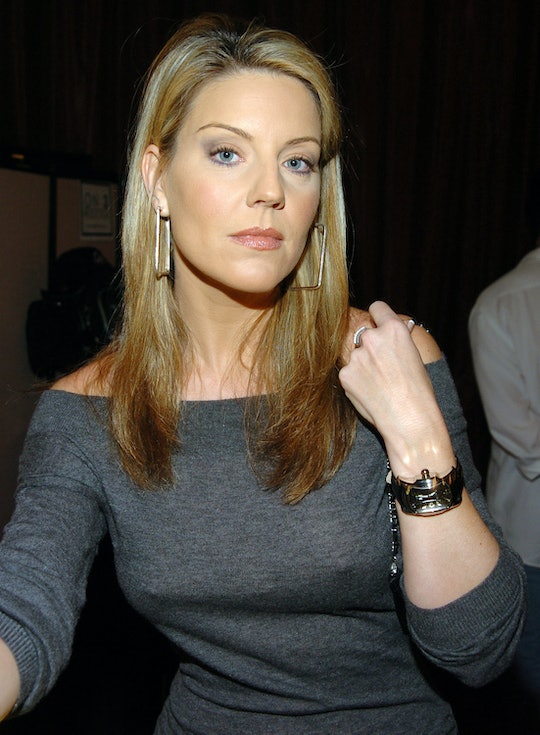 These Theories About Jessica's Killer On 'PLL' May Reveal The Truth

Alison DiLaurentis' mother Jessica met an unfortunate end back in Season 4 of Pretty Little Liars and fans never learned the identity of her killer. Now seasons later, it looks like "Power Play" might reveal some pertinent information about just what happened to Jessica and who was responsible for taking her life. Ever since Jessica's mysterious twin sister Mary Drake came back to town, it's been clear that there was really no end to the secrets in the DiLaurentis family. These theories about Jessica DiLaurentis' killer on Pretty Little Liars seek to uncover a few more.

The circumstances of Jessica's death have been peculiar from the start. She returned to Rosewood shortly before her death after a long absence following the discovery of the body that was thought to be Alison's. Jessica died in "A is for Answers," which was Episode 24 of Season 4, when a strange figure switched her blood pressure medication, causing her heart to stop. Initially it was suspected that A (a.k.a. Charlotte) had murdered Jessica, but Charlotte insisted that Jessica was already dead when she found her. She buried the body for some unknown reason in the Hastings' backyard (just to be a jerk?), but she didn't kill her adoptive mother. So who did?

Spencer's dad Peter Hastings has been a clear suspect from the very beginning because the same medication he took was the medication that killed Jessica, which was pointed out by Reddit user Tiny-Ghost-Grace. If he thought he was keeping a lid on some of the more major family secrets (such as Spencer's real mother), he could have taken Jessica out to keep things quiet.

Conversely, Veronica Hastings could have killed Jessica. Peter's philandering could have been something she ended up blaming on Jessica and her twisted sister, making Veronica snap and kill Jessica when she returned to town. Veronica also had access to Peter's medication and they lived right next door, so she could have easily switched the pills.

Mary Drake is almost too obvious to be the killer, but it would make perfect sense. She and Jessica have had a rivalry for years, and Jessica contributed to Mary's confinement at Radley and her two children being taken away. It could have been straight-up revenge, pure and simple.

Considering all secrets seem to start and end with the DiLaurentis family, Jessica's death could have been an inside job. Her and Kenneth's marriage was one built on lies, affairs, secret love children, and deception, so why not add murder to the mix? Perhaps the stress boiled over and Kenneth blamed Jessica for everything, leading him to kill her. Admittedly, there's not as much evidence for this one, but would anyone be surprised if Kenneth turned out to be even worse than anyone suspected?

It's possible that the same person who killed Charlotte is also the person who killed Jessica. Of course, fans have no idea who the killer is, but their vendetta against the entire DiLaurentis-Drake family could be significant for the final few episodes. As Reddit user plltwin said, Jessica and Charlotte's murders were also similar: both died right before they were about to reunite with Alison after a long time apart. Both of them could have known something the killer didn't want them to reveal.

This theory may sound the most convoluted, but it's also very plausible because it gives a nod towards the books the show is based on. In the books, Alison had a twin sister named Courtney who killed her and took her place. What if the show kept that storyline, but just changed which characters were involved? Perhaps Jessica and Mary switched places years ago (when they were teenagers, even) and the person fans thought was Jessica was actually Mary the entire time? Then the real Jessica killed the fake Jessica (who was really Mary) and showed up in town years later pretending to be Mary Drake — the person she'd been pretending to be for years. Except Mary is actually dead, and Jessica is still alive.

Confused yet? If there's one guarantee about Pretty Little Liars, it's that the explanation for whoever killed Jessica is bound to be one that needs some serious unraveling before all the pieces click into place.