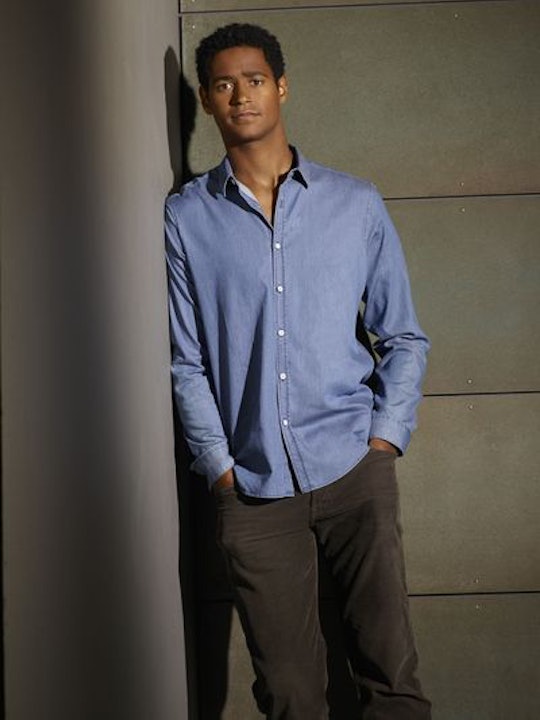 Theories About The Mysterious 'HTGAWM' Killer

If the second half of How to Get Away with Murder Season 3 unfolds like previous seasons, then fans have an idea of how long the wait will be to discover who killed Wes. They will definitely get the answers they're seeking, but probably not any time soon. HTGAWM likes to dish out kernels of information episode by episode until the finale, when every piece of the puzzle comes together to form a complete picture at last. Until those final reveals, however, the show remains mysterious and opaque; that may build anticipation, but it's far from satisfying for the fans. Since all viewers can do is speculate, these theories about Wes' killer on How to Get Away with Murder can only offer possibilities. Nothing is definite yet.

A few details from Wes' murder have emerged, but so far none of them fit together to form concrete answers. His official cause of death is asphyxiation from the fire, but Nate was certain that Wes had actually died before the fire broke out. Laurel saw someone leaving through the storm door in the basement, but because she was the sole witness her version of events might not be reliable. Annalise and Frank have been arrested for the crime, but neither of them appear to actually be responsible. With all that conflicting information floating around, all a fan can ask is: what the hell is going on here? Here are a few theories that may be worth considering...

A few Redditor fans have raised the possibility that Connor is a prime suspect in Wes' death, though he seems like a farfetched one at first. Connor never liked Wes, but he was also one of the most skittish of the Keating 5 when it came to killing; it wouldn't seem like Connor would be able to follow through even if he did want Wes dead. However, Connor did threaten to kill Wes if he talked to the cops, which is just what Wes was doing. Maybe Connor found out and snapped.

Some Redditor viewers are speculating that Wes committed suicide, due in large part to lingering trauma from his mother's suicide. While there were no signs on the show that Wes was struggling with suicidal ideation at that moment in time, there's no telling what he was dealing with privately.

It Was An Accident

Reddit user SimsGirl400 raised a few interesting theories about Wes' death, among them that it could have been a total accident. Despite Nate's assertions to the contrary, maybe Wes did die in the fire — and whoever set the fire had no intention of killing anyone. Perhaps the fire-starter merely wanted to get back at Annalise by burning down her house and had no idea anyone was inside; the house was supposed to be empty, after all.

Another theory from SimsGirl400 proposes that Nate was the one who killed Wes. There were three people in the house when the fire began: Nate, Laurel, and Wes. Nate was the one who was certain that Wes died before the fire, and if he was involved that could mean he was the one Laurel saw fleeing the scene. Nate even warned Wes to watch his back in a previous episode, which could have been foreshadowing for his part in Wes' death.

After watching Wes' autopsy play out in fairly graphic detail, this theory seems particularly implausible — but never say never on HTGAWM. According to Reddit user Kellivision, maybe Wes knew the Mahoneys were after him following the death of his biological father, so he sought to escape them by faking his own death and entering the Witness Protection Program. It would definitely be a complicated plot (if Wes is really alive, then where did he find that incredibly realistic cadaver to put in his place?), but it would be a shocking twist, too. This show loves those.

It's always the quiet ones, right? Bonnie has killed before, and she could have motive to kill Wes. Not only could she have been jealous of Annalise's love for Wes (particularly when Annalise was so critical of Bonnie), but she also would have done anything to protect Annalise. If it looked like Wes was going to turn on her, then Bonnie could have easily taken him out to try to prevent that. It would also be perfectly Bonnie for the entire thing to blow up in her face the way that it has. She tried to protect Annalise from going to jail, and Annalise ended up implicated anyway.

The Most Simple Explanation

As pointed out by Reddit user Ritale, "the Mahoneys have been the real baddies all along." They've struck out at Annalise before for daring to go against them, and now that Wes' biological dad was killed by someone on Annalise's team (who then framed Charles Mahoney for it), they have more than enough motive to take revenge. Getting rid of Wes would hurt Annalise and remove a threat to the Mahoney family because he was Wallace's son. They're such an obvious answer that most fans wouldn't even focus on them in the search for twistier twists, which just makes it more plausible that the Mahoneys are responsible.

On a show like How to Get Away with Murder, every character has so many secrets and so many enemies that anything is possible.