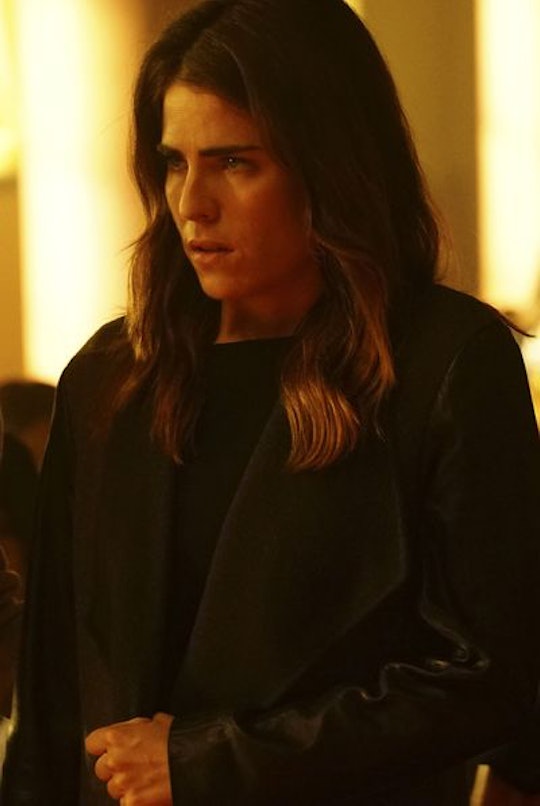 These Laurel Theories Prove She May Be Dangerous

Wes' death on How to Get Away with Murder is about as suspicious as it gets, and so far it's anyone's guess just who did the deed. Annalise is still on the line for the crime and Frank confessed to it, but it doesn't look like either of them are actually guilty. The show definitely wouldn't reveal the true killer so fast. But if they're not responsible, then the suspect pool only gets wider: the Mahoney family seems the most obvious, but more unlikely suspects like Bonnie and Meggie are plausible too. In fact, maybe the most unlikely suspect of all is the one who actually did it: Laurel. It may seem impossible to imagine that Laurel committed the murder because she loved Wes so much, but these theories Laurel killed Wes on How To Get Away With Murder might just change your mind.

Laurel is the only other person who was in the house before the fire broke out, at least as far as the audience knows. Without anyone to corroborate her story, her version of events is just that: her version. Fans have to decide for themselves if they believe her or not. Laurel has been known to lie in the past when she deemed it necessary (remember her concealing Michaela's engagement ring for weeks just to keep her in line after Sam's murder?), so depending on the circumstances, she could very well be lying now. There are so many details the audience doesn't know, and Laurel is the only one who has all the answers. Here's how it could've all gone down...

Reddit user ElleCBrown cooked up a very reasonable explanation for how Laurel could have killed Wes: it might have been an accident. After arriving at Annalise's, maybe Laurel and Wes had a fight that got out of hand (perhaps about the baby) and he was killed, possibly in a fall down the stairs. Perhaps Laurel was in such a state that she has no memory of what happened, and now her painkillers are keeping her from remembering. However, user WakandaFist disputed the theory by pointing out that the timeline didn't match up and that Laurel didn't know she was pregnant at the time, so they couldn't have fought about the baby. Still, they could have fought about something else; an accidental death can't be totally ruled out.

Laurel Is A Criminal Mastermind

Reddit user danseaveclalune saw something more nefarious in the idea of Laurel offing Wes. Annalise told Laurel to get close to Wes, so maybe their entire relationship was a lie. As soon as Laurel found out Wes was going to work with the police, she went into Protect Annalise mode and took him out just like Bonnie or Frank might in a similar situation. This would put Laurel in irredeemable villain territory instead of just being morally grey, which would be pretty shocking for the show to do. That doesn't mean they wouldn't do it, but that also doesn't mean it totally checks out. If Laurel is lying about literally everything, then she's a pretty incredible actress. She even keeps up the act when no one is watching!

Laurel's Dad Is A Criminal Mastermind

This theory might be closer to the truth. Laurel's dad is a pretty shady guy and earlier in the season he came back into Laurel's life. According to Reddit user FocusForASecond, it may be possible that her dad was keeping Laurel under some kind of surveillance, found out about the baby, and had Wes taken out because... reasons? Then Laurel's rich dad could have easily paid off the coroner to cover it up. The issue here is motive. Why kill Wes instead of getting him out of Laurel's life in some less showy, less dangerous way? Why kill Wes at all? He seems like a perfectly acceptable son-in-law to me.

Anything is possible on How to Get Away with Murder, but some things are better taken at face value. It seems like Laurel loved Wes and is devastated by his death, so without more information she comes in pretty low on the suspect list.