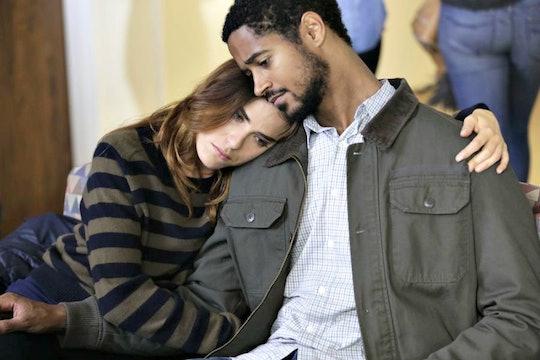 Wes' Killer Could Be Anyone On 'HTGAWM'

Finally, TGIT is back, which means that we not only get to indulge in Grey's Anatomy and new Scandal episodes, but we might finally get to test all of our theories about who killed Wes on How To Get Away With Murder. Just before the midseason break, it was revealed that Wes was the dead body that was pulled out from Annalise's house fire. But the medical examiner said that he was dead before the fire occurred, which means someone really turned on him. There are lots of reasons for lots of people to want to kill Wes. We know, through a flashback, that Wes was giving a testimony to police against Annalise and that Rebecca's body had turned up in the woods. So it's possible that she wanted to protect herself.

And you really can't put anything past Annalise — she's totally unpredictable when it comes to protecting herself. But she also loves Wes and manages to take care of him, even though they they don't always agree. Seriously, they can't really have Annalise be Wes' murderer because then what? There'd be no show. Then again, killing off Wes also seemed impossible. Showrunner and writer Peter Nowalk told TV Guide that viewers will get an answer, though. "We'll be finding out each episode another piece of the puzzle what happened to Wes that day after he left the station." But in the meantime, here are a few worthwhile theories of who killed Wes to ponder over...

Frank framed Mahoney for the murder of his father, so this guy has a motive. But we haven't seen enough of what he was doing that night to be sure.

Laurel was the only one of the crew to make it to Annalise's house when she called that night and she was also in the fire. She's pregnant, and possibly with Wes' baby, so they have a bond. But she's pretty badass and if Wes told her that he went to the police, she might have snapped. Her and Annalise have been getting tighter and she would want to show Annalise that she's trustworthy. The fact that we got so much backstory about her and her dad earlier this season makes her a likely candidate. This would be the ultimate shock factor.

This is another obvious choice, since we also already know that he was in the house at some point as well. If he knew that Wes had gone to police, it's likely that he would want to protect Annalise — and also explain why he was so interested about what the medical examiner found in her autopsy. But can it not be? Because I have a major crush on him.

We know that Michaela was at her house fighting with her mom when everyone found out about Wes, but we don't know if she had somehow received the call to Annalise's house and gone in. Maybe before Laurel and Nate even. She's not the toughest member of the group, but she is pretty unstable at times and definitely the most afraid of being found out. Her frantic running to find Asher could have just been her way of creating a believable alibi.

Connor haaaaaates Wes. And I'm putting my money on a flashback pretty soon that shows Connor entering the house before everyone else got there. Or maybe it was quiet little Oliver!

It's going to be a slow, torturous reveal. I just sort of hope it's a new, surprise character we don't know about rather than making it someone blatantly obviously like Frank (due to the whole Laurel factor). Because I don't want to think any of these guys actually murdered Wes. They've done bad things, but they are that bad of people... right?