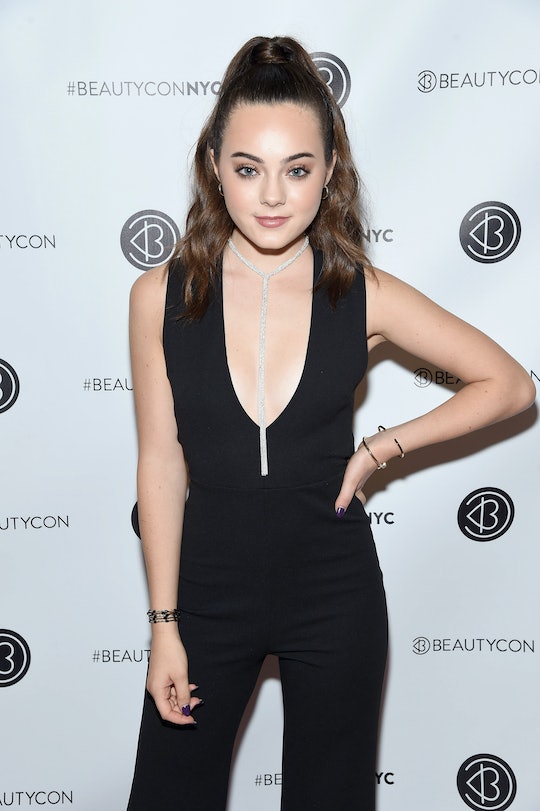 A.D. Theories About Addison Will Get 'PLL' Fans Thinking

There's no denying that the letters A.D. are significant initials on Pretty Little Liars. Alison DiLaurentis has been central to the show and its mysteries since Season 1, and those initials have only become more meaningful over time. Now anyone who shares them immediately seems like a suspect. First there was Alison's shady husband Archer Dunhill and now there's Addison Derringer, a pint-sized troublemaker who might be up to more nefarious deeds than she seems. But despite the shadiness of her name, there aren't many theories that prove Addison Derringer is A.D. on Pretty Little Liars.

It is tempting to think Addison has something to do with A.D.'s plans, and not just because of her initials. She went after Emily with the laser focus of someone on A.D.'s payroll and she also might be working with the notoriously questionable Jenna (or at the very least they might have been texting each other). But there's just not enough to go on. Addison would have been a very young kid when all of this began, making her connection to A.D.'s revenge scheme tenuous at best. Familiar initials and a bratty personality aren't enough to prove anything. Though a teenager would be the one most likely to threaten people with emojis.

The biggest issue with Addison being A.D. is that it's not obvious yet what reason a 16-year-old would have for going after a bunch of women she doesn't know in an attempt to take them down. Reddit user MrShayMitchell dug deep to try and come up with a theory about that, though — pointing out that the Mini Alison who Hanna gave a talking-to in Season 5 Episode 13 was also named Addison; with the time jump, that little girl could be a teenager now, which means both Addisons might be the same person.

Hanna got the girl's friends to ditch her (with the memorable but inappropriate line "b*tches get buried"; don't hire Hanna as your babysitter), so Addison could be seeking revenge for that injustice. But since that would be insanely petty and it also has no connection to Charlotte (A.D.'s purported goal is finding Charlotte's killer), it's not likely.

Ava Allen, the actress who plays Addison, is aware that there's something going on beneath the surface with her character, though some comments she made to Galore hint that Addison is not A.D. When discussing how many tweets she gets about theories, she specifically mentions that "so many people think I'm A.D." before saying later, "No one's actually got it yet, I will say that." So if people think she's A.D., but no theory has been accurate yet, then Addison is probably not it.

Addison definitely has a chip on her shoulder, but the show hasn't revealed enough about her to make the motivations behind her bad behavior clear. Addison being A.D. might seem like an obvious guess, but it might be too obvious to be true.