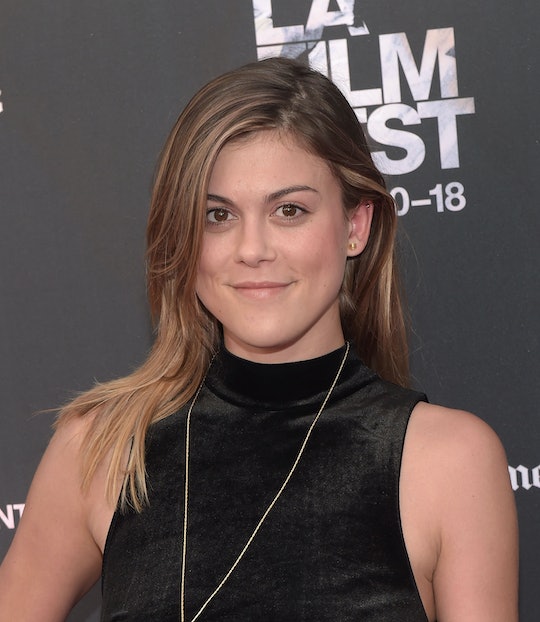 Proof That Paige Is A.D. On 'Pretty Little Liars'

The biggest mystery of Pretty Little Liars will finally be revealed in about a month and fans can't wait to find out who A.D. is. There are a lot of theories and ideas about who the sinister person that's been torturing the Liars could be, but the truth is no one (other than the cast and crew) really knows for sure. Still, there are some suspects that seem way more likely than others and one of the most popular suspects is Emily's ex-girlfriend Paige. There are plenty of theories that prove Paige is A.D. on Pretty Little Liars, but is she really guilty? It's still hard to say.

Though Paige definitely has cause for hating Alison, why would she torture the other Liars? Also, why would Paige care about who killed Charlotte? At this point, who knows? One things for certain though — Paige has always been suspicious and many fans find her "love" for Emily to be a bit obsessive. Paige has always made it clear how she feels about Alison, but she could also hate the other Liars as well. She just may have been less vocal about it. Plus, it does seem pretty strange that Paige showed back up in town just when all this A.D. drama started going down. It may be hard to believe, but these theories below definitely make Paige look guilty.

Paige & A.D. Have The Same Hair

Thanks to the very observant Reddit user Nezhha, it looks like A.D. and Paige have the same hair, or at least, very similar hair. It could just be a coincidence, but is anything really ever a coincidence in Rosewood?

Paige's reason for returning to Rosewood was simply that she was trying to get the swim coach position at the high school. But as Emily pointed out, with Paige's skill she could've coached at a D-1 college. Paige never gave a straight answer for why she settled for working at Rosewood High. Maybe it's because she really came back to be A.D.

Her New Job Is "A.D." Supervisor

Instead of becoming the new swim coach, Paige became the Athletic Department Supervisor, a job Ali says is brand new. It seems like too big of a coincidence that this new job, seemingly made for Paige, is A.D. for short.

The mistake has since been deleted, but thanks to the power of screen grabs and social media, you can see it live on forever. Back in April, A.D. was added to Lindsey Shaw's IMDB page. Now the site not only removed the A.D. claim, but also doesn't list Shaw as appearing in the series finale. Very suspicious.

Suffice to say, Paige is a definite suspect and we should keep an eye on her until A.D. is finally unmasked.