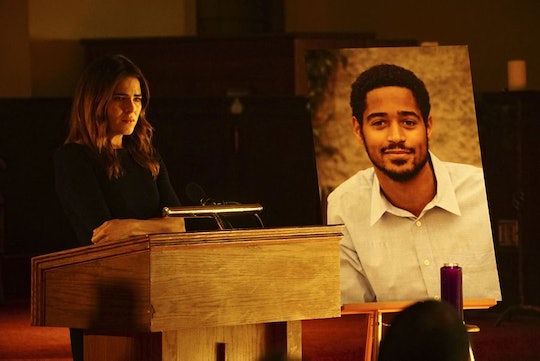 Wes May Not Be Dead After All On 'HTGAWM'

First, the medical examiner told Nate that Wes died before the fire, but then she quickly changed her mind later on, claiming further examination proved her first assessment wrong. So what is the truth? From there, when Laurel and Nate went to see Wes' body, it was gone, supposedly missing. However, the DA later confessed that she had it moved and then cremated, but did she really? Or is Wes really alive but she had to come up with an excuse for why there's no body so she said it was cremated. Suspicious.

Besides that, fans just don't want Wes to be dead. Though he's done some bad things (like killing Sam and shooting Annalise) he was always still the "puppy" for many viewers. So for those who are still hoping for a miracle, here are some theories that point to Wes actually still being a part of the land of the living.

Maybe after Wes left the police department, he went back or called them back to come up with a new deal. The cops, along with the DA, may have him in hiding because they're using him as the final nail in Annalise's coffin.

He's On the Run From the Mahoney's

Based on the DNA test Laurel's P.I. found, the Mahoney's know that Wes is one of them. Maybe they came looking for him and in an effort to keep everyone else safe, Wes went on the run. It's possible Connor and Nate are even helping him. That's why Nate is the one who went to the medical examiner; maybe we didn't see the whole scene. Similarly, after Connor got Wes's heart beating again, as it looked like he was doing at the end of the last episode, maybe he helped Wes leave without drawing any notice.

Wes Has An Identical Twin & He's Who's Really Dead

Plot twist! What if Wes' mom actually had twins and because she couldn't care for them both, she gave one up for adoption? What if that twin somehow learned about Wes and found him, but Wes never told anyone? Then someone accidentally killed the twin, thinking he was Wes, and Wes then went undercover to protect himself because he knows someone was trying to kill him. It may seem like a stretch, but let's be real — anything's possible on this show.

Find out the truth once and for all on the two-hour season finale of How to Get Away With Murder, which airs this Thursday at 9 p.m. ET on ABC.