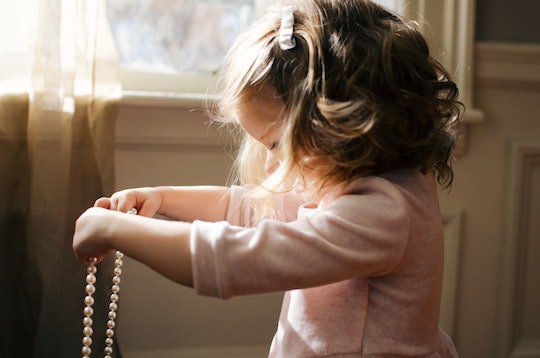 There Is One Thing I Judge Other Parents For, & I Always Will

As a rule, I try not to judge other parents for anything. I mean, I know I'm not supposed to. I know that, instead, we should try to understand that parenting is hard we're all just "doing the best we can." But here's the thing: we're not always "doing the best we can." Because we're parents, but we're also humans, and humans are often lazy and selfish and have poor judgment and do any number of things for any number of reasons other than being "our best." So there is one thing I judge other parents for, and always will, because I can't always "be my best" and I know other parents aren't being their best either. In fact, I would argue that we rarely do "our best" in most parts of our lives, because that would mean doing actual work, and most of the time, there's nothing we want to do less.

To be fair, I do believe that when it comes to our kids, parents absolutely do something that is at least a close approximation of "our best." So maybe we aren't doing our best compared to the actual best we can do, and certainly not compared to some mythological ideal. But relative to the effort we throw at everything else, maybe we are doing "our best" as parents. It's not the best we can do, but eh, it's the best we're realistically gonna do, so let's appreciate that at least.

But out of the countless (no, really, don't even try) things I routinely mentally shame other parents for, there is only one where the judgment goes deep, like all the way to the point where I decide these parents are probably not very good people on the whole. When I see kids rocking wildly expensive designer clothes/accessories/gear, my capacity for understanding ceases to exist.

There are almost too many reasons why kids having expensive sh*t is illogical, immoral, and frankly, kind of embarrassing.

Like, for real? This is the extent to which you've been convinced that your value as a human is determined by the expensive things you can cover your body with that you need to drop that kind of money to cover your kids in them, too? At least adults will be able to theoretically wear and/or use something for longer than a few months.

There are almost too many reasons why kids having expensive sh*t is illogical, immoral, and frankly, kind of embarrassing.

My bigger problem with the practice of dropping major money on baby and kid stuff, where the exponentially higher price is not tied to any increased value of a practical nature, is the high rate of poverty in this country. The unequal distribution of wealth and resources in the world is disheartening enough to consider as a whole, but I don't know how you can look at a 9-month-old baby in a $655 Gucci jacket — she doesn't give a f*ck, mom and dad, and any adult who is impressed is a tragic mistake of human evolution — and not also immediately think about 15 million kids in the U.S. who are living in poverty.

And I get that most parents, not just the comically bad spenders, could theoretically do more to tighten their own budgets and give more of their resources to families in need. Of course we can. My kid could be wearing second-hand clothes instead of stuff from Old Navy, and then I might have more money to donate. I feel like when it comes to kid stuff — that you're not going to have for very long before your kids' size and/or development will outgrow it — you should spend as little money as possible for things that are of solid quality. I like that sh*t from the Gap doesn't cost a lot, but will likely not fall apart immediately. Most of my kid's clothes are still in good enough shape to donate after he's done with them, and that's nice.

But this really isn't about having a morality d*ck-measuring contest. We could mostly all be doing more, and almost none of us centers the concerns of the impoverished in our communities, and elsewhere, when making our budgeting decisions. I'm not even asking other parents to do that. I just find it so hard to not be enraged and nauseated by wrapping your baby in things that clearly say "we have so much more than we can ever practically need."

Buying designer stuff for your kids goes so far beyond paying a little bit more to have something that's a little bit better. It's about status. It is about showing off how much you have, which feels like a very real act of violence against the billions of people in the world who will likely never even have enough to check off basic boxes like "safe," "healthy," let alone "comfortable."

So there it is, guys. I judge other parents, and I do it a lot. I'm not even that sorry.

When the most consideration you demonstrate for people who have less than you is to make sure you're presenting them with as many visible signs of your superiority as possible, it's hard for me to imagine that you possess any of the basic human qualities that are needed for raising kids to be even vaguely decent people.

So there it is, guys. I judge other parents, and I do it a lot. I'm not even that sorry. Because, in my defense, it's not like I vocalize any of these judgments. OK, except for right now, I guess. But certainly never to the actual parents I'm judging. I'm not better. I never think I'm better. I might be doing what I consider to be better at the specific thing I'm judging them for, but I'm almost definitely half-a**ing some little aspect of parenting that doesn't mean quite as much to me, but means a sh*t ton to someone else who is probably, quietly judging me, too.

We're all judging each other, and hopefully, at best, we're staying silent in our judgment, and we won't be perfect at that either. After all, we're all just doing our best.