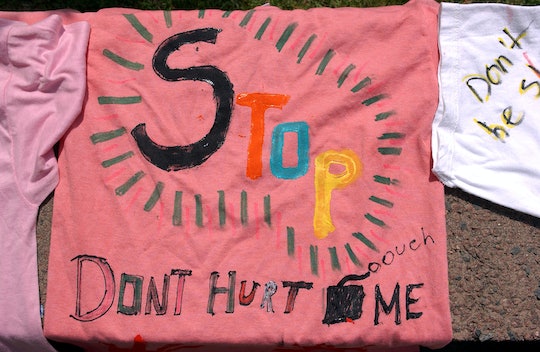 Consent shouldn't be such a legally complex issue. Unfortunately, one too many American lawmakers have designed loopholes in the legal system to take away a woman's right to consent and to shame innocent victims of rape. In the state of North Carolina, women can't revoke consent during sex, according to LawNewz.com. Considering this logic defying law is hurtful to many and clearly not OK, North Carolina Sen. Jeff Jackson is proposing a bill to have the law changed.

Although there is a lot of discussion and legal precedent regarding consent before sex, there isn't as much dialogue on a person's right to stop sex after it has started. Obviously, a person should have the right to stop sex anytime they wish, especially if they feel unsafe or violated. It might seem like common sense, but a person's right to safe sex is often nullified by the myth of gray areas and misogyny. Perfect proof of this is the 1979 North Carolina Supreme Court case of State v. Way, in which the court ruled if “the actual penetration is accomplished with the woman’s consent, the accused is not guilty of rape," according to American.edu.

Essentially, the ruling determined that a woman's initial consent to sex is a binding contract that she can't get out of no matter what. Even if a woman simply changes her mind or feels threatened during sex, she must go through it because she said "yes" to penetration. To make matters even more disturbing, "North Carolina is the only state in the country in which a woman cannot revoke consent," Jackson said, according to The Fayetteville Observer.

To illustrate how damaging this law is, North Carolina woman Amy Guy shared her harrowing story of consenting to sex with her estranged husband because she was afraid for her life. When Guy's husband got "angry," she decided having sex with him was the "safer thing" to do, according to WRAL.com. Following the encounter, Guy filed rape charges, but her estranged husband ultimately walked away with a misdemeanor assault charge thanks to the 1979 ruling, according to The Fayetteville Observer.

The Fayetteville Observer also spoke to 19-year-old Aaliyah Palmer, an alleged sexual assault victim who also believes North Carolina's law should change. Palmer claimed she was having sex with a man she met on Tinder but changed her mind once the encounter allegedly turned "violent." Palmer alleges that her date repeatedly refused her requests that he stop. Although Palmer didn't press rape or sexual assault charges, she said of the law:

It’s really stupid. If I tell you no and you kept going, that’s rape.

In an effort to change the widely contested law, Jackson is trying to pass Senate Bill 553, aka "Revoke Consent for Intercourse," a law which would make it "illegal to have sex with someone who initially agreed but then changed her mind," according to Mother Jones. Unfortunately, the bill is currently stalled in the Senate’s Rules Committee (because of course) and won't likely see passage anytime soon. Despite the setback, Jackson plans to keep proposing bills until the law is amended, according to the Daily Dot.

It's clear North Carolina has a long way to go when it comes to consent. There shouldn't be legal parachutes for perpetrators who commit sexual assault against anyone — no matter the circumstance. There is no gray area with consent, even if a party says "yes" to sex initially. If one of the two parties says "no" at any point during a sexual encounter, their partner should stop immediately. Hopefully the senate will pull Jackson's important bill out of limbo for the sake of all people in North Carolina.