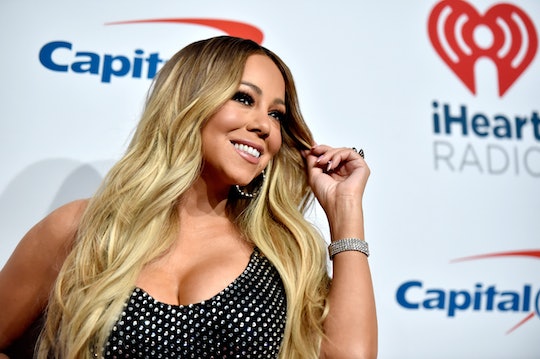 Ya know, people think creating a successful meme is simple, but I'd argue it's actually an art form. The internet is constantly being flooded with new content; making something interesting enough for millions of people to want to share or imitate is actually quite impressive. For every grumpy cat and blue and black/white and gold dress, there are thousands of other hilarious images that get lost in the sea of posts, never to be seen by the masses. The latest meme that's caught the public's eye is the 10 year challenge, and it's the best way the collective internet could've started 2019.

In case you haven't seen the posts, the 10 year challenge is exactly what it sounds like: social media users post a pic of themselves from a decade ago next to a current photo with #10yearchallenge, showing the world their glo' up — or lack thereof. What started as a way for people to post photos showing off how great they look has turned into a hilarious brigade of images depicting celebs looking rough or average peeps poking fun at how little their lives have changed in a decade. The challenge has sparked some meme gold, and scrolling through the tag on Twitter leads to hours of entertainment. My personal faves are the ones that reference other memes; intertextuality is key. Take a look for yourself.

The actor who played Kevin Malone on The Office getting back into character so we can all laugh? Yes please.

Speaking of The Office, any Dunder Mifflin fan would lose it at this side by side and its reference to Michael Scott's Scott's Tots program. This is peak meme culture.

Anyway as you can see, the challenge is leading to some quality internet content, though there has been some controversy about the trend for both the unrealistic standards its promoting and the implications of the technology that could be gleaned from the images. Refinery29 argues the meme has become "an exercise in proving that aging doesn’t happen," as the point is to look as similar to your younger self as possible, which is unrealistic for anyone that doesn't have a personal beauty team and access to anti-wrinkle machines.

Wired sees an even more sinister possibility with the trend, positing that Facebook could be using the images to "train a facial recognition algorithm on age-related characteristics and, more specifically, on age progression." There's no proof Facebook is actually mining the data from the images to create that kind of technology, but it's still spooky that they could. But the article also points out that the father of social media can probably do that already from the pics you've posted over time; this meme format just makes it easier.

The darker side of the 10 year challenge meme definitely makes it slightly less attractive to participate in, but it seems like social media users have some self awareness about the problems with the meme, if these two posts are any indication anyway.

I, too, wiped pretty much every photo of me at age 13 from the internet, so it's a mood.

Of course, Mariah's word is law and reminds us all that time is an illusion anyway. Stay tuned to see what meme goes viral next!