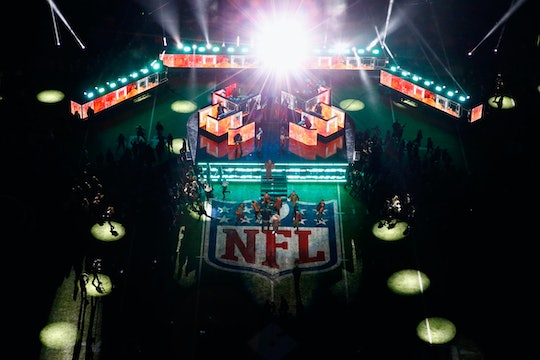 The 2019 Super Bowl is right around the corner, but for many fans, tuning in has more to with the halftime show than the actual game. The show has been a coveted and honored gig for musical acts, but because of the NFL’s recent controversy and various other reasons, some notable artists have refused to perform. There are at least three celebs who reportedly turned down the 2019 Super Bowl halftime performance.

Super Bowl event coordinators spent most of 2018 struggling to find a headliner for the 2019 halftime show. The reason many artists are avoiding the event centers around Colin Kaepernick, and the quiet protest he started during the San Francisco 49ers third preseason game of the 2016. Kaepernick — who was a quarterback for the 49ers at the time — chose to kneel during the National Anthem rather than stand.

He told NFL Media that he refused to stand because he didn't want to “show pride in a flag for a country that oppresses black people and people of color.” Other players around the country joined Kaepernick’s protest, which led to an outpouring of both criticism and support. Kaepernick was not rehired by the NFL when his contract ended in 2017, and he has since filed a lawsuit against the organization.

Many celebrities have been critical of the way the NFL handled the situation, and for some, the controversy reportedly played a part in their refusal to perform. In October 2018, it was announced that Maroon 5, Big Boi, and Travis Scott would be headlining the 2019 Super Bowl, but here are the three artists that reportedly turned down the gig.