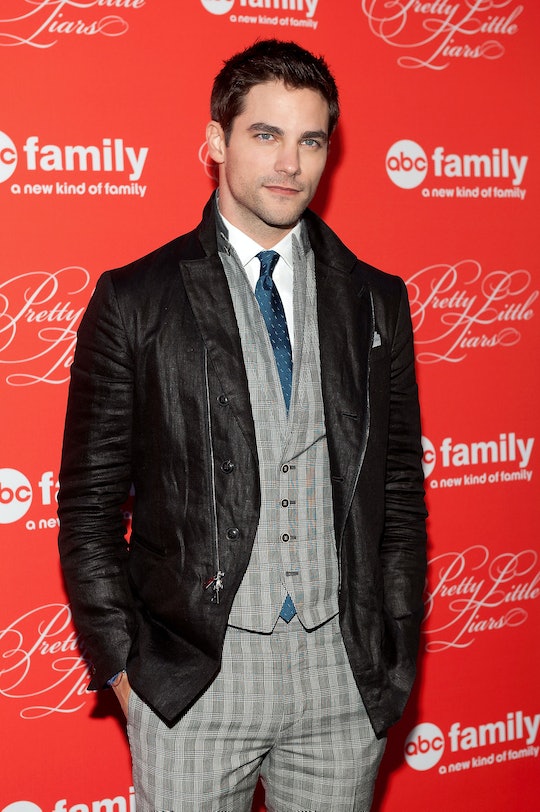 Each and every foe from seasons past seems to be popping up again on Pretty Little Liars. Sara Harvey and Jenna Marshall have an obvious hand in whoever is terrorizing the girls again, but one more suspicious figure reappeared at the end of "Along Comes Mary" to get fans' heads spinning anew: Noel Kahn. Noel has been causing the Liars trouble for years in his own dopey, frat jerk way but he also helped Alison when it came to playing pranks or keeping secrets. He's deeply connected to the web of backstabbing absurdity that makes up Rosewood, and these Noel Kahn theories try to explain his character in a little bit more depth.

Noel always seemed like he was up to something, but he often just functioned as something of a red herring, stepping in to date one of the girls on the show when they needed to suddenly look extra suspicious. He tried to romance Aria (and ended up blackmailing her) then dated Mona and Jenna in quick succession. His older brother was friends with CeCe. Noel has played henchman to Ali once or twice, too. For a character that ultimately never got much done, he's been in the thick of it since the beginning and in Season 7 all that curious activity might finally have some payoff.

This seems to be one of the most popular Noel theories out there, in an attempt to flesh out his motivations. It's been implied on the show that he was helping out Alison because she knew his secrets and was holding them over his head. Considering how difficult Alison made things for Emily and Paige before her personality change, it wouldn't be a surprise if she was using Noel's sexuality to blackmail him. It would be great to get more representation on the show, but PLL defaults to using sexual orientation and gender identity as shocking plot twists a little more often than is comfortable.

Noel And Maya Are Connected Somehow

Despite the fact that Maya hasn't been a factor on the show in years, fans have latched on to the idea of her coming back in some way. Before she died she was hiding out at Noel's, so it seemed like there was some connection between the two. If he helped Alison hide out when she was playing dead, then perhaps he helped out Maya too? If so, maybe she's still out there somewhere, somehow. It's not like coming back from the dead is an unlikely scenario on this show.

Noel knows CeCe because she used to hang out with his brother, but they could have had a much deeper relationship offscreen. He was obviously close to a few members of the DiLaurentis family, so perhaps there was something going on with him and CeCe that nobody knows about. The possibilities are endless: they could have had a romance that ended badly, he could have wanted revenge on her for some reason, or perhaps she also knew his mysterious secrets?

Being the mastermind behind everything going on in Rosewood seems like a little bit of a stretch for Noel, but maybe that's just more evidence: Uber A (or A.D. or Amoji or whoever the main baddie is this week) could very well be the last person anyone expects. While right now Noel's incentive for acting as A is a mystery, his obvious connection to Jenna, Mona, Ali, and CeCe put him right at the heart of the drama. And Noel Kahn definitely looks like an emoji fan to me.

There's no doubt Noel is up to something, whatever that something is. As Reddit user caty_007 said so succinctly, "If at only [seventeen] he could provide people with money and fake passports I really want to know what [Noel] is capable of doing now at [twenty-three] it wouldn't surprise me at all if they tell us that he is a crime lord or something like that."

When you put it that way, it seems like there's nothing Noel can't do.