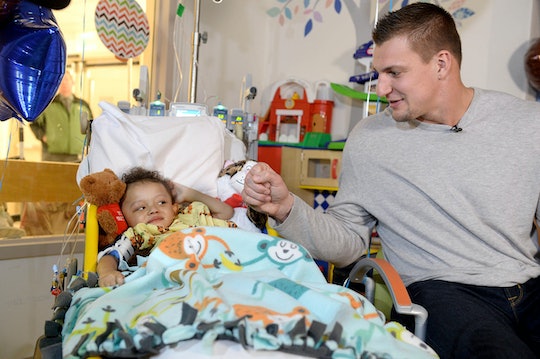 These Are The 5 Best U.S. Children's Hospitals

Of the top 10 best children's hospitals in the country, the top four are mostly clustered in the Eastern United States, in major metropolitan cities such as Boston, Philadelphia, Baltimore, and Cincinnati. Only at rankings five and six do these facilities make their way further west, with Houston and Los Angeles children's hospitals, respectively.

U.S. News & World Report looked at a variety of measures to come up with this year's rankings, including "clinical outcomes, patient volume, infection control, adequacy of nurse staffing, efficiency and coordination of care delivery, and compliance with best practices," as it noted in a statement. Here are the top five best children's hospitals for 2017-2018.

More Like This
What Is Monkeypox & Should You Be Worried? Here’s What You Need To Know
Two Young Children Have Been Hospitalized Because Their Formula Is Out Of Stock
Abbot's Formula-Producing Plant Can Reopen In As Early As 2 Weeks — Now What?
Why Is My Vaginal Area Dark?