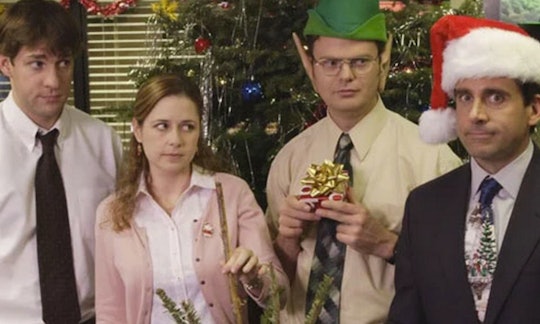 Soak Up The Nostalgia With The Best 'The Office' Christmas Episodes

'Tis the season for Christmas-themed TV, and no one delivers quite like The Office. Sure, the NBC sitcom has been off the air for several years, but it was the pinnacle of the annual holiday celebration, marked with the mediocrity of office life and the genuine heart that truly made the show great. But over the series' nine-season run, not every offering was perfect. Only some can be considered the best The Office Christmas episodes. And I'm not going to lie, you may not like my picks.

Unlike some people, I didn't hate the later seasons of The Office. They couldn't compare to the series in its hey-day, but I think a lot of what made the show so great was its ability to evolve a bit. The humor was generally consistent, but the characters changed, which is what makes the end of the series pretty awesome in my book.

Honestly, it's just nice to be able to reflect on what an incredible show this was, and how for the most part, it holds up. If you've been feeling nostalgia from that The Office reunion photo that's been circulating the internet, this list will definitely hit you directly in the feels. Sorry about that.