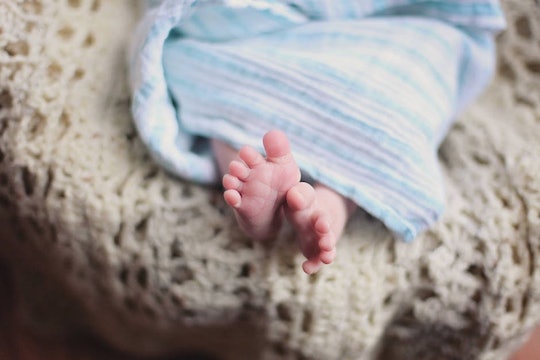 Having a baby is complicated, beautiful, and yes, expensive. There are doctor visits, nursery costs, diapers (seriously, so many diapers), and so much more. But, in the United States, there are some places where the cost of having a baby is significantly cheaper than in other places. In fact, there are so many cost variables when it comes to having a baby, that WalletHub literally did the math to figure out the best and worst states to have a baby. And yeah, you'll definitely be surprised by a few of these.

According to a recent report from WalletHub, though, cost wasn't the only factor that went into rating the best and worst states to have a baby:

In order to determine the best and worst states to have a baby, WalletHub’s analysts compared the 50 states and the District of Columbia across four key dimensions: 1) Cost, 2) Health Care, 3) Baby-Friendliness and 4) Family-Friendliness.

So, who came out on top? Well, for the most part, the best states for baby-having are all pretty northern. And although the costs aren't the lowest up north, other factors — such as the level of health care available — balanced out the scores.

Here are the best and worst-ranking states, ranked by WalletHub, to have a baby:

The Top 10 Are All Pretty Expensive

The top-ranked state to have a baby is Vermont, according to WalletHub. Although Vermont isn't exactly cheap (it came out as the 40th least expensive state to have a baby in), it ranked number one for health care. In order to determine an average rating for each state, WalletHub graded each factor (cost, health care, baby, and family-friendliness) on a 100-point scale, and then weighed the averages.

Here are the rest of the top 10 states and their average scores:

Out of the top 10 ranked states, Utah and New Hampshire were the only two to be in the top 10 states for costs (meaning they're the cheapest of the best).

The Bottom 10 Are Definitely More Southern

For whatever reason, the worst 10 states to have a baby are, for the most part, below the Mason Dixon. The worst of the worst, so to say, is Mississippi, ranked number 51 on the overall scale, as well as in health care. Here are all of the bottom 10:

Of course, these are just numbers, and some things are impossible to quantify. So, don't let this list serve as the end-all, be-all for choosing where to live when you decide to start a family. Because, at the end of the day, having a baby will change your life, and where you live will likely seem inconsequential compared to how happy you'll be.