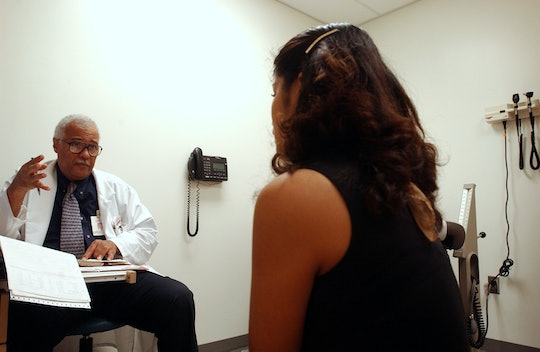 Obamacare Covered These Measures For The 1st Time

The repeal of the Affordable Care Act has many Americans scared, but no one has more at stake than women. Before Obamacare, women had higher out-of-pocket costs than men did for health coverage and fewer plans to choose from. There were many crucial women's health procedures that were covered for the first time under Obamacare, and women across the country are afraid of losing these benefits. Although the Affordable Care Act will remain in place for at least the next year, it's necessary to know what women may be losing so we can fight to make sure these services will continue to be covered.

Before the Affordable Care Act, those who needed health insurance the most often couldn't get coverage, or were charged high premiums, because they had pre-existing conditions. For example, before Obamacare, a pregnant woman who was uninsured and sought health insurance could be discriminated against. Or a woman could become pregnant and think she won't have to pay out of pocket because she has health coverage, only to find out her insurer won't cover pregnancy.

Preventative care is a crucial benefit of Obamacare that many insurers would otherwise not provide. Well-women visits are crucial so doctors can identify any potential health problems, but often came with copays before Obamacare, which deterred some women from getting them.

Before the Affordable Care Act, say a person had a family history of cervical or breast cancer and wanted to take the BRCA genetic test, since those who carry the BRCA gene have a high risk of getting these cancers. Unfortunately, the test costs $4,000. If the person were on Medicare, genetic testing would only be covered if they already had been diagnosed with cancer, which is too little, too late. But the BRCA genetic test is considered preventative care under the Affordable Care Act, which means people can take the test without paying out of pocket. Then, if they are positive for the BRCA1 or BRCA2 genes, their doctors can prepare a preventive care plan to hopefully keep them from getting cancer (which would cost insurance companies less, not to mention keeping more people alive).

Before the Affordable Care Act went into effect, only 12 percent of insurance companies offered maternity coverage. Which is crazy, considering 80 percent of women will become pregnant sometime throughout their lives, according to data from Pew Research Center. But under the Affordable Care Act, maternity care is one of the 10 essential health services plans must offer.

One of the biggest concerns for many regarding the Obamacare repeal is birth control costs. People had to pay anywhere from $15 to $80 a month out of pocket for birth control pills, depending on their insurance (the average copay was about $30 a month). Other contraceptive methods were even more expensive. But the Affordable Care Act mandates that plans must cover contraceptives without a copay. By 2013, women had saved $1.4 billion in copay costs for birth control thanks to Obamacare, Forbes reported.

"If you remove the mandate, then insurers can price things how they want to again, and there’s no rule that says that insurers have to go back to the way the cost sharing was for these products before the law went into effect,” Nora Becker, of the University of Pennsylvania's Department of Health Care Management, told The Washingtonian. She added:

And there's no guarantee that the average copay will go back to $30 a month, either. We don't know what health coverage will look like when Trump replaces it with "something wonderful." But if it looks anything like it did before Obamacare, it's going to be expensive just to be a woman or to need traditional women's healthcare.