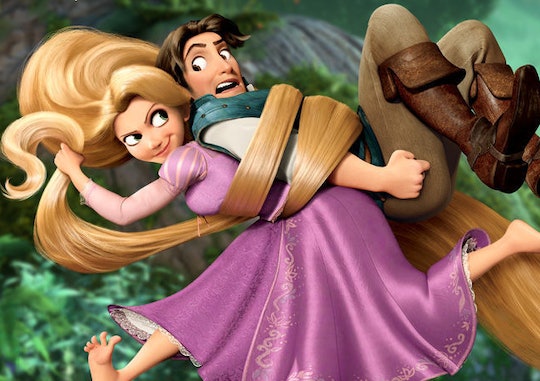 These 5 Disney Princess Movies Are Returning To The Big Screen

If your kids were too young (or too nonexistent) to have seen their favorite films when they premiered in theaters, they'll have another chance this fall. Five Disney Princess movies are returning to the big screen for a limited engagement at AMC Theatres nationwide. The series, called "Dream Big, Princess," features both live-action and animated films. Each will run for one week, premiering on five consecutive Fridays starting on Sept. 14.

This is just one of many similar events the chain has offered, though it's probably the most practical for families. AMC is also wrapping up a Marvel film festival in honor of Marvel Studios' 10th Anniversary. All 20 Marvel films are being shown exclusively in IMAX over a weeklong period. There's also a Harry Potter event currently running, with two of the franchises' eight films screening every Sunday from Sept. 2 through Sept. 23. But anyone with young kids can tell you that having them sit through two movies in a row — never mind four — is much easier said than done, and it can be hard to commit to attending on a particular day. With multiple theaters and showtimes available throughout the week for each of the five princess movies, even the most unpredictable preschooler will be able to see Belle, Rapunzel, and Tiana as they were intended to be seen. Here are the details:

Beauty and the Beast

The live-action reboot of Beauty and the Beast is the first princess film showing in the AMC series, and will begin its run on Sept. 14, about a year and a half after its original release. At the time, Variety called it "a touching, eminently watchable, at times slightly awkward experience that justifies its existence yet never totally convinces you it’s a movie the world was waiting for." That being said, it's what gave Disney the confidence to forge ahead with live-action reboots of basically its entire catalog, and that's not nothin'.

The Princess and the Frog

Next up is the last of the old-school cartoon princesses — that is to say, the kind that we grew up with, as opposed to that fancy computer animation. The Princess and the Frog is the oldest movie in the series, having premiered in 2009, before most of today's grade-schoolers were even born. The late Roger Ebert fawned over the throwback style in his review, likening it to "a cool shower after a long and sweaty day." The movie itself garnered only a "sweet and entertaining" from the veteran critic, as he was a bit too preoccupied with complaining how back in his day, animators actually drew cartoons. One modern advancement he did appreciate: it featured Disney's first Black animated characters since Song of the South, a movie so racist, it's been kept from the public eye for decades.

Tangled, which came out in 2010, makes use of the Pixar touch, but struck a delicate balance between the old and new styles of animation, according to a New York Times review, which hailed containing "the ravishing beauty and exquisite detail of the great, old hand-drawn Disney features" while also "mak[ing] gorgeous use of 3-D technology." As for the story, the critic compares the "portrait of maternal monstrosity" to 2009's Precious, so maybe leave more sensitive kids at home.

Another recent film, 2016's Moana, is up next, a film that Rolling Stone's Peter Travers called "a feminist delight." It features no love interest, which is really about all it takes to be the most feminist Disney princess movie ever, and parents will enjoy the comic relief of Dwayne "The Rock" Johnson and a score penned by Hamilton's Lin-Manuel Miranda.

Last up is the original live-action reboot, 2015's Cinderella. According to Vanity Fair, the cast is commendable, the design is lovely, and the story is largely unchanged from the original. But let's be honest, we're really only here for that dress, right? Just try not to get distracted by Cindy's waist.

Visit AMC's website to see a complete list of participating theaters and grab your tickets to Dream Big, Princess.