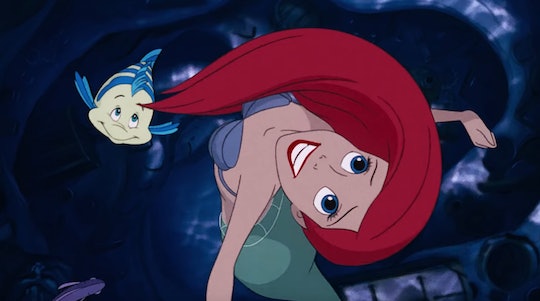 These Disney Classics Are Returning To Theaters For One Month Only, So Act Fast

If you're like me, then you're probably counting down the days until Frozen 2 hits theaters in November. Which, spoiler alert: There's still a few months left. The good news? Disney fans will have something Disney-related to enjoy until this date arrives. That's because these Disney princess movies are returning to theaters for one month only, an exciting development for many families. And since this will likely be a popular event, you'll want to buy tickets sooner than later.

Yes, you read that correctly. Four Disney classics will hit AMC theaters for a limited time.

But before I get into the amazing details, back to Frozen 2. The first full-length trailer for the highly-anticipated sequel dropped back in June. And let's just say Elsa, Anna, Kristoff, Sven, and Olaf look like they're in for one epic journey. Unfortunately, the release of this amazing trailer only made Frozen 2's Nov. 22 premiere date seem further away than ever. That's where AMC Theatres comes in, as it announced Aug. 23 that four Disney princess movies will return to the big screen starting Sept. 6. Talk about the perfect distraction, right?

It's worth noting that this isn't the first time Disney has brought back some of its beloved classics to AMC theaters. In 2018, for instance, the Dream Big, Princess series featured five movies shown at participating theaters in 45 states. But it's still pretty darn exciting for Disney fans, and especially for parents who want to revisit some Disney classics with their children this fall.

You might have heard that Disney is working on a live-action remake of The Little Mermaid starring Halle Bailey. (Remember all that "not my Ariel" nonsense that went down in July after the casting decision was made?) So now is the perfect time to revisit the animated classic on the big screen with your kiddos before watching the upcoming remake. Come and hear the Oscar-winning "Under the Sea," as well as the original voice of Ariel, Jodi Benson. The Little Mermaid will play in select AMC theaters Sept. 6-12.

Tale As Old As Time, anyone? This is the 1991 animated version that millennials grew up watching, and is not to be confused with the 2017 live-action flick starring Emma Watson. Beauty and the Beast will play at certain AMC theaters Sept. 13-19.

Can you believe it's been eight years already since Tangled premiered? The beloved film is a fresh take on the classic tale of "Rapunzel," starring Mandy Moore as Rapunzel and Zachary Levi as Flynn Rider. You can catch Tangled in theaters Sept. 20-26.

This Disney-loving mama is pretty pumped about these princess films returning to theaters, that's for sure. And hey, it's something to look distract me from staring at the calendar until Nov. 22 rolls around. It's a win-win all around!

To buy tickets for this event, visit AMC Theatres' website.