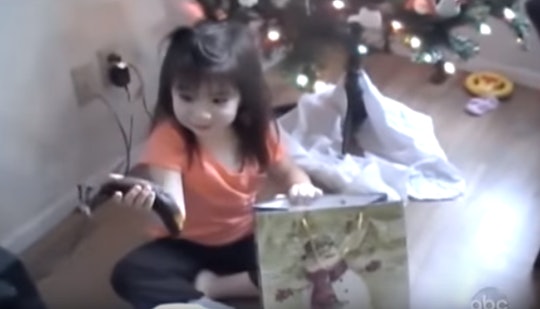 As a mom, I’ll admit that pulling little jokes and pranks on my kid is one of my guilty pleasures. On my best days, her total trust in me makes my heart almost literally burst with love. And for the most part, her absolute belief that the world is good and kind is something that I try to cherish and protect. But then, there are times when the temptation to mess with her little head is just too irresistible. I would apologize for it — no doubt, I’m building up a list of grievances that the kid will unload in a therapist’s office one day — but it doesn’t look like my daughter will be the only one with trust issues when she grows up. These seven hilarious videos of parents pranking their kids prove that I’m not the only twisted soul out there. For some of us, being the designated adult is just too much power.

There’s actually a pretty solid defense for pulling the occasional joke on your child. For some parents, raising a well-rounded child means teaching them not to take life too seriously — or perhaps more importantly, not to take themselves too seriously. Absent any underlying anxiety or depression concerns, some lighthearted ribbing can actually help parents and kids bond, child psychologist David Palmiter told The Today Show recently.

For example, South Dakota mom Paula Papen’s filmed herself tricking her 8-year old son into thinking he’d purchased a $50,000 car online, and it got seriously mixed reactions from viewers. Still, she told Today Show hosts that while she and her son laughed at the video later, it also gave them an honest-to-goodness teachable moment:

Teaching your kids to have a sense of humor is pretty important and teaching them to take a joke is a good deal, too. So I think he’s just fine. I don’t think it’s going to cause trust issues.

Let’s hope not! And to prove my point, I invite you to check out these funny jokes that parents managed to pull on their kids. They show that in the right (or wrong) hands, parenting can be wickedly rewarding.

Tip: Start Messing With Their Heads At A Young Age

This Mom Really Got Her Son On His 8th Birthday

She almost managed to convince the poor child that he was guilty, too. What this mom is doing is called commitment, people.

Sometimes The Simple Pranks Are Still The Funniest

That other kid knows he's next. He just doesn't know when mom is coming for him.

And what about this dad who's actually teaching his kid that eating still-shelled eggs is a bad idea:

Or this one, even though it involves tossing a perfectly delicious can of soda:

Honestly, his "I Ate All The Halloween Candy" pranks are good too. But in my house, that's just called honesty.

But It Is Possible To Take It Too Far

Tricking your child into thinking they have a highly contagious and potentially fatal disease is probably a bad move, parents. Keep it classy.