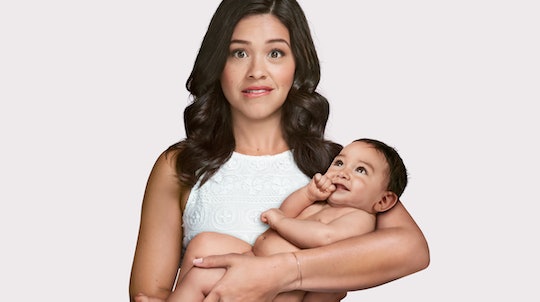 Jane the Virgin will finally return to our TV screens on Oct. 17 and fans cannot wait. It's been so long since we were last with the Villanueva family and their friends and we can't wait to see them again. However, along with our old favorites there will also be a great number of guest stars on Season 3 of Jane the Virgin. The show has had an amazing list of guest stars in the past, including Paulina Rubio, Britney Spears, Kesha, and Bruno Mars to name a few. It looks like Season 3 won't be any different, bringing in a variety of special guest appearances. Here's just a few stars that you should definitely keep an eye out for.

According to IBTimes, Gloria and Emilio Estefan will make a guest appearance on the third episode of Jane the Virgin Season 3, which will be directed by Eva Longoria. The Cuban-American couple are well known for their Latin music and the current Broadway musical, On Your Feet!, which is actually about the couple and their music. They will be playing themselves on Jane the Virgin and will be performing together with Rogelio (Jaime Camil), who is attempting to adapt a telenovela for an American audience.

You may recognize her as Serena van der Woodsen's mom on Gossip Girl, but on Jane the Virgin Kelly Rutherford will be stepping into a whole new role. According to iTech Post, Rutherford will be appearing later on in the season as Jane's (Gina Rodriguez) boss but it's unclear if she'll be a boss Jane loves or hates. Either way it'll be nice to see Rutherford back on The CW.

In the third season of Jane the Virgin, Rogelio will be looking for love and Justina Machado will be there to help him find it. Machada, who you may recognize from Queen of the South and Private Practice, will be playing Rogelio's matchmaker. Although she's said to have strict rules about dating, one has to wonder if she herself will be Rogelio's new love interest. Thankfully we'll find out soon enough.

Actress Denise Richards will also be dropping by the Marbella Hotel on this season of Jane the Virgin. It's unclear what exactly her role will be on the show, but based on Camil's Instagram it looks like the two will be working together. Maybe she will be Rogelio's new love interest?

It seems Rogelio will be hanging out with a lot different ladies on the new season of Jane the Virgin. Actresses Carmen Electra and Brooke Burke-Charvet will also be staying at the Marbella this season, in the same episode as Richards. Who knows what kind of trouble these three ladies will be getting Rogelio into.

Remember that time Jane took a romance writing class and it went horribly wrong? Well it looks like Jane's one-time instructor, Amanda, played by Jane Seymour, is back for Season 3. Now that Jane's in grad school is it possible Amanda will be Jane's teacher...again? We'll just have to wait and see.

Make sure to keep an eye out for these amazing guest stars when Jane the Virgin returns on Oct. 17 at 9 p.m. EST on The CW.