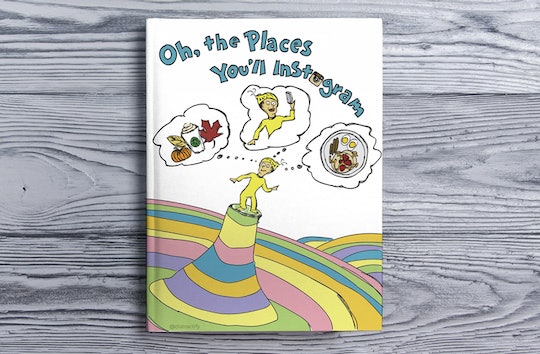 These Modern Titles For Classic Books For Kids Are So Good, I Cannot Even, You Guys — PHOTOS

The team at Distractify seriously had their game on when they came up with the concept of updating classic children’s books to make them more relevant for 2016. Reading to your child before they go to sleep has long been considered a great way to relax and bond with them, and there are so many classics to choose from in the canon. The nostalgia for those classics remains, even as latter generations begin to wonder what the original author or illustrator was thinking when they created their masterpiece.

A perfect example of this is Goodnight Moon, which is almost 70 years old now. I have given that book to so many of my girlfriends as part of their shower gift, and I received it from a cousin when I had my first baby. People love this book. And yet, in one epic blog post, one writer called out everything in Goodnight Moon’s bedroom that makes absolutely no sense to us now. It's one of many (OK, all) children's books that have been silently begging for a modern reimagining for years.

Margot Harris and Kristi Olberding took that mission on, and took it to a hilarious new level as they make classic kid books a bit more, umm, relatable. I mean, life, technology, how we interact, how we talk... It's all so different than it was when most of these books were originally written, but the messages are still important in these books. No need to throw out the relevant baby with the outdated bathwater, amirite?

I think we've all been in this caterpillar's place. And if you're reading this to your kid, you've probably lost count of how many times they've been there too.

I don't even know where to start with this one. I love it so much.

Drunk texting: An important cautionary tale for the kiddos to learn. The earlier, the better.

'The Little Engine That Could'

I think the question here is: Will your children even? Will future generations be able to even at all? Only time will tell, guys. But at least we can give them a role model for the times when they cannot even, which might very well be all the damn time.