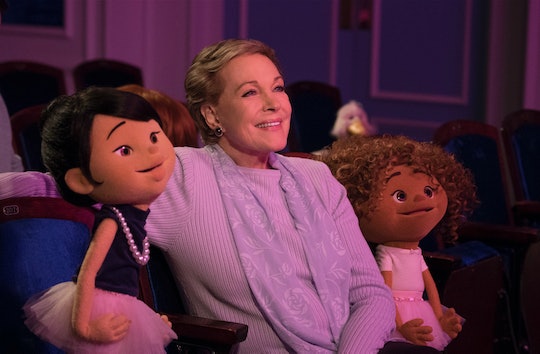 In the age of streaming content, some parents may find it difficult to really motivate their children, making the choice of what to watch more important than ever. The number of hours spent in front of televisions and tablets can have an effect on kids, and the importance of selecting shows that will have a positive impact on children is something that shouldn't be a fleeting thought. Leading streaming service Netflix has produced multiple shows that encourage action for kids; shows that really encourage children to find what inspires them, drives them to react, and eventually, help them discover their passion.

With the current political climate, certain programs and after-school offerings are at risk. Take the arts, for example, which are at a great risk due to a budgetary battle within the current administration. The Washington Post published an article in 2013 by Lisa Phillips, an author, journalist, and arts and leadership educator, who spoke to the impact the arts can have on kids, including points like creativity, problem-solving skills, receiving constructive feedback, and collaboration. Netflix's current show Julie's Greenroom, starring the incomparable Julie Andrews, encourages and supports children with a passion for the arts. It also introduces kids who may be weary of the concept to teamwork, passion, and perseverance. Julie's Greenroom premieres on March 17, and its cast is full of diverse puppets whose passions include acting, writing, and set building.

Beat Bugs, a musical sing-along show that parents will also love (because, hello, The Beatles music is piped through every episode), is another example of content that can encourage action through entertainment. The music in the show will allow parents to be able to see what their children respond to, dance to, sing along to, and ultimately, could encourage them to potentially pursue a passion in music (or just have really good taste in music).

And while the arts are a sector of the education system that seems to always be fighting for a seat at the table, there are other things that children can learn from consuming entertainment. Take STEM education — science, technology, engineering, and math. Project MC², a Netflix original, encourages young girls to pursue a passion in science, technology, and coding — industries where women hold only 24 percent of jobs in the United States, according to The Guardian in 2016. EdSource.com writes that, while girls "draw even" if not outnumber boys in STEM classes in school, beyond the walls of high school, women still fall behind in representation in the sciences and technologies in college and careers. The series can only benefit in the possibility of your daughter asking for a coding book or a chemistry kit after watching the series.

In Ask the Storybots, the line from the trailer "if something has you baffled, just ask a storybot" rings true throughout the series. If your child is inquisitive, questioning, and just wants to absorb as much as they can about the things happening around them (for example: why does night happen?), they can get answers through the series.

For children who are learning to speak, Netflix's original series Word Party can get them talking, using a vocabulary concept that will go beyond your home and encourage children to speak up with new words they learn on the series.

So, why not use screen time to productively encourage your child to do something, be something, or find something they're passionate about? When shows encourage action and possibility, it's beneficial to everyone in the family — parent and child — to see that opportunities are endless, they just have to be given the chance to discover what inspires them.