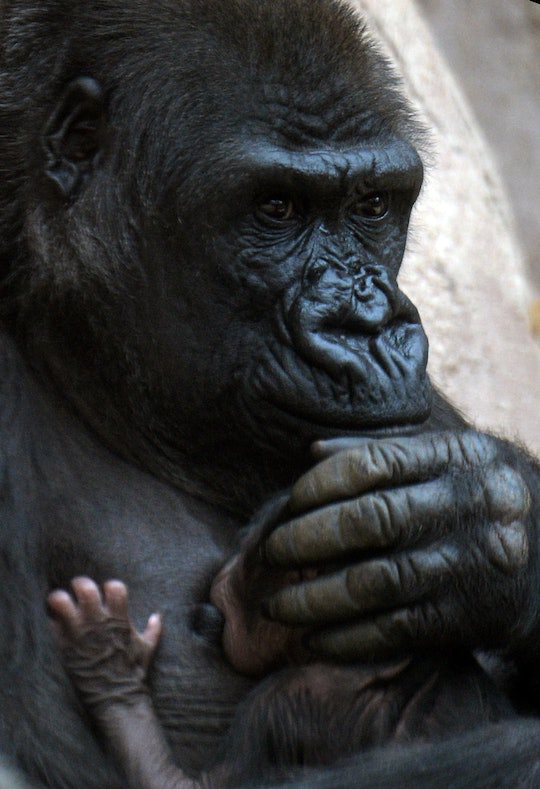 By now, you're probably aware that, on Saturday, the animal response team at the Cincinnati Zoo was forced to shoot and kill a western lowland gorilla named Harambe after a child fell into his enclosure. The heartbreaking incident has caused a storm of outrage, with people blaming both zoo officials and the child's parents. But one thing that isn't often mentioned is that there have been multiple other zoo incidents involving children in recent years, which means we probably need to start thinking about zoo safety in different ways.

CNN reported this week that there have been 256 injuries as a result of animal attacks at zoos and animal parks over the last 26 years, a figure that doesn't even take into account times when someone was rescued before injury occurred. In some cases, these terrifying incidents seem to happen as a result of safety measures that don't go far enough. In Cincinnati, the 4-year-old boy who fell into the gorilla enclosure did so after climbing the 3-foot-tall barrier surrounding it, then pushing through some bushes before dropping into the gorilla habitat. Other children who have managed to bypass approved zoo safety measures include a girl in 2006 who climbed into the Minnesota Zoo's meerkat enclosure, overcoming multiple barriers. After she was bitten by one of the animals, the zoo had to euthanize the meerkats to test for rabies. And in 2011, a boy climbed a railing at a zoo in Wichita, where he was mauled by a leopard before being rescued.

Perhaps incidents like these should prompt those who make zoo safety regulations to reconsider their standards. After all, a 3-foot barrier is not actually that tall.

And then on the parental side of things, there's the dangling. Some parents or caretakers get in the habit of holding their children up at animal enclosures so they can see at a better angle, but that's a dangerous practice. Multiple kids have slipped or fallen into enclosures while being dangled, like a 2-year-old boy who fell into a cheetah enclosure at a zoo in Cleveland last year. Never, ever, ever dangle.

Perhaps for all parents taking their children to the zoo there should be some acknowledgment that, while it's a fun activity, visitors must be responsible and have respect for the animals. Zoos post signs asking people not to tap on the glass of various enclosures, but visitors don't always comply. I've seen zoo visitors of all ages deliberately egging on or riling up animals who are only separated from them by a bit of glass, which is both cruel to the animals, and not the smartest move just in case that glass happens to crack.

There are definitely safety measures zoo visitors should be taking that some of them aren't, and safety measures that zoos should be implementing too. Overall, everyone needs to reconsider their role in zoo safety, and if we can't do that, maybe we should start reconsidering having these sorts of zoos at all.