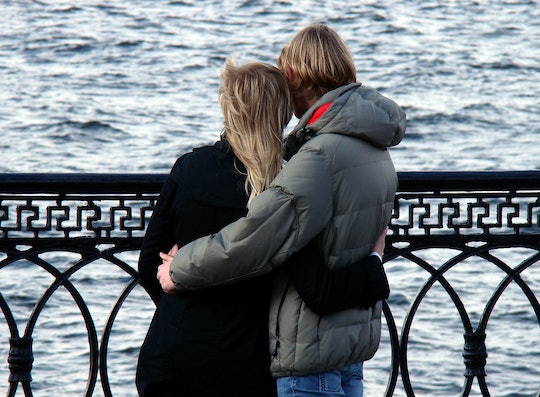 These Parents Lost Custody Of Their Babies For A Controversial Reason

First-time parenthood is incredibly overwhelming, and losing custody of your own child is the ultimate nightmare. These parents lost custody of their newborn babies for an incredibly controversial reason: they were deemed mentally unfit to be parents, which has left many debating whether that's a fair assessment for the government to make.

31-year-old Amy Fabbrini and 38-year-old Eric Ziegler claim that they lost custody of their children due to their low IQs and have been fighting for years to reunite their family. (Romper has reached out to the Oregon Department of Human Services (DHS) on this subject, but has not heard back at this time.) A spokesman for the DHS informed the New York Daily News that they were not permitted to discuss the case, but did stress that "IQ cannot be the only factor in children being removed from their parents' home."

Fabbrini and Ziegler say that they lost custody of their first child because a friend insisted that Ziegler was "not picking up on [the baby's] cues." Their newborn, Christopher, was then taken into foster care. Now, the couple's second child has been taken into foster care as well, and Fabbrini and Ziegler were not even allowed to take him home from the hospital after his birth.

According to court documents, the parents were perceived to have "limited cognitive abilities." Welfare records allege that Ziegler was "sleeping with the baby on the floor and [having] almost rolled over on him," and that he "easily [becomes] frustrated" and "often forgets to feed his dog." Still, The Oregonian reports that "no signs of abuse or neglect by the parents have been found." The couple has taken IQ tests that posited Fabbrini at a score of 72 and Ziegler at 66; The average IQ for adults is anywhere from 90 to 110.

"They're thinking that because we have this disability," Fabbrini said, "We can't safely parent our children." The couple is upset at how they've been treated, with Fabbrini asserting: "We personally think that IQ shouldn't have anything to do with it as long as you have the abilities of being able to support your child."

On the state's recommendation, Fabbrini and Ziegler have taken steps to become more educated parents, taking classes in "parenting, CPR, first aid, and nutrition." They are allowed to visit their children in foster care, and they continue to work toward regaining custody. Hopefully, with some further assistance and evaluations, the couple can safely regain custody of their children and put the pieces of their family back together.